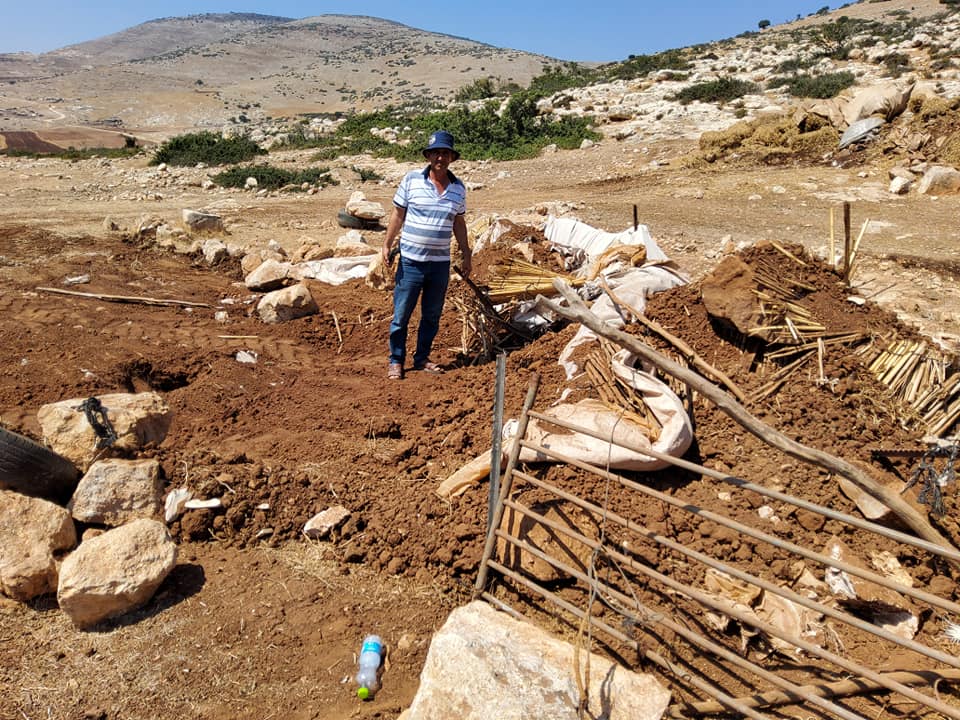 The forces also demolished another 60-square-meter tent used as a livestock barn belonging to Adel al-Hroub.

The tents were torn down purportedly for being built without construction licenses.

The soldiers later declared the community as a closed military zone.