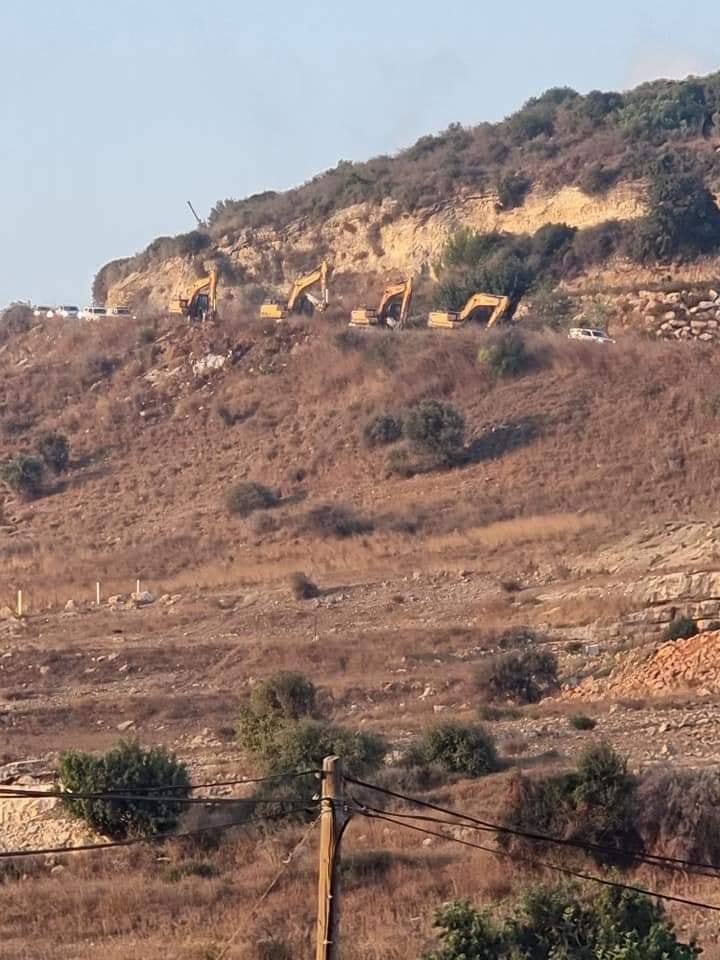 Israeli bulldozers and police arrive at the entrance to Swisa neighbourhood ahead of the demolition, 22 August 2021

UMM AL-FAHM, Sunday, August 22, 2021 (WAFA) – Israeli occupation forces today demolished two Palestinian-owned homes and other structures under construction near the city of Umm al-Fahm, in the Palestinian territories occupied since 1948, under the pretext of construction without a permit.

Arab 48 website said an Israeli police force accompanied by bulldozers broke into and cordoned off the neighborhood of Swisa, on the outskirts of Umm al-Fahm, before proceeding to demolish two homes belonging to the Jabbarin family.

In May this year, the Israeli occupation authorities handed notices for planned demolitions of 25 Palestinian-owned homes in the neighborhoods of Swisa and Wadi al-Harmia, near Umm al-Fahm city.

Israeli Palestinian rights group Adalah says that only 4.6% of new homes built in Israel are in Palestinian towns and villages, even though Palestinians make up over 20% of the population.

The difficulty for Palestinians in Israel to obtain building permits forces them to expand or build homes and structures without permits, which are liable to later be torn down.