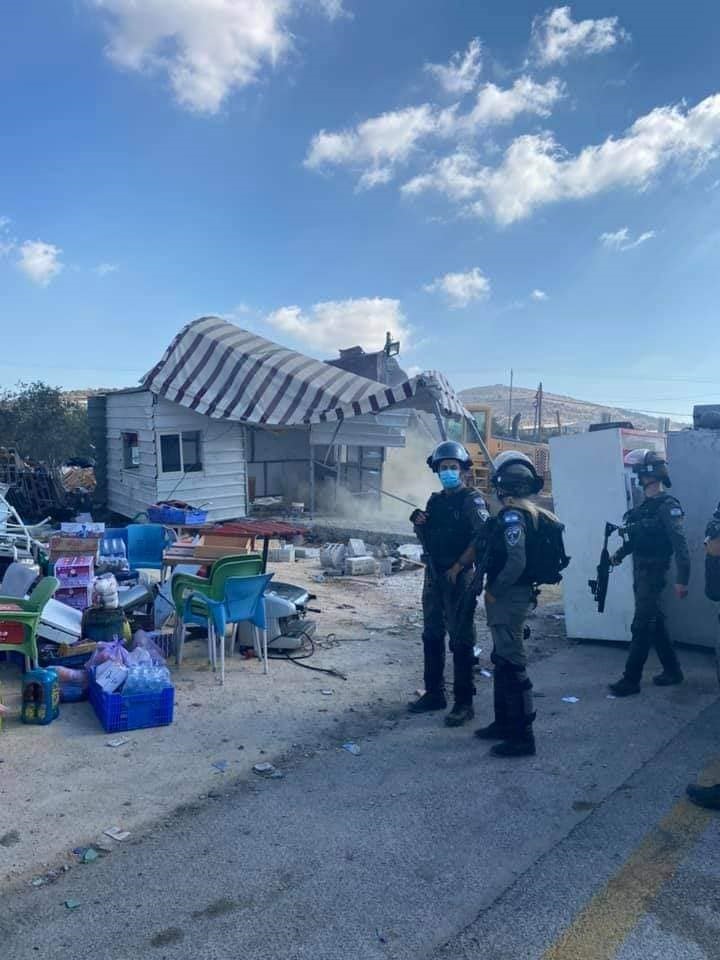 Demolition of a structure in Yabad.

He told WAFA that a force accompanied by Israeli military officials demolished the structure owned by Mohammad Atatra and located at the eastern entrance to the town.

He said the forces demolished nine days ago a supermarket also owned by Atatra under the pretext they were built without a permit.