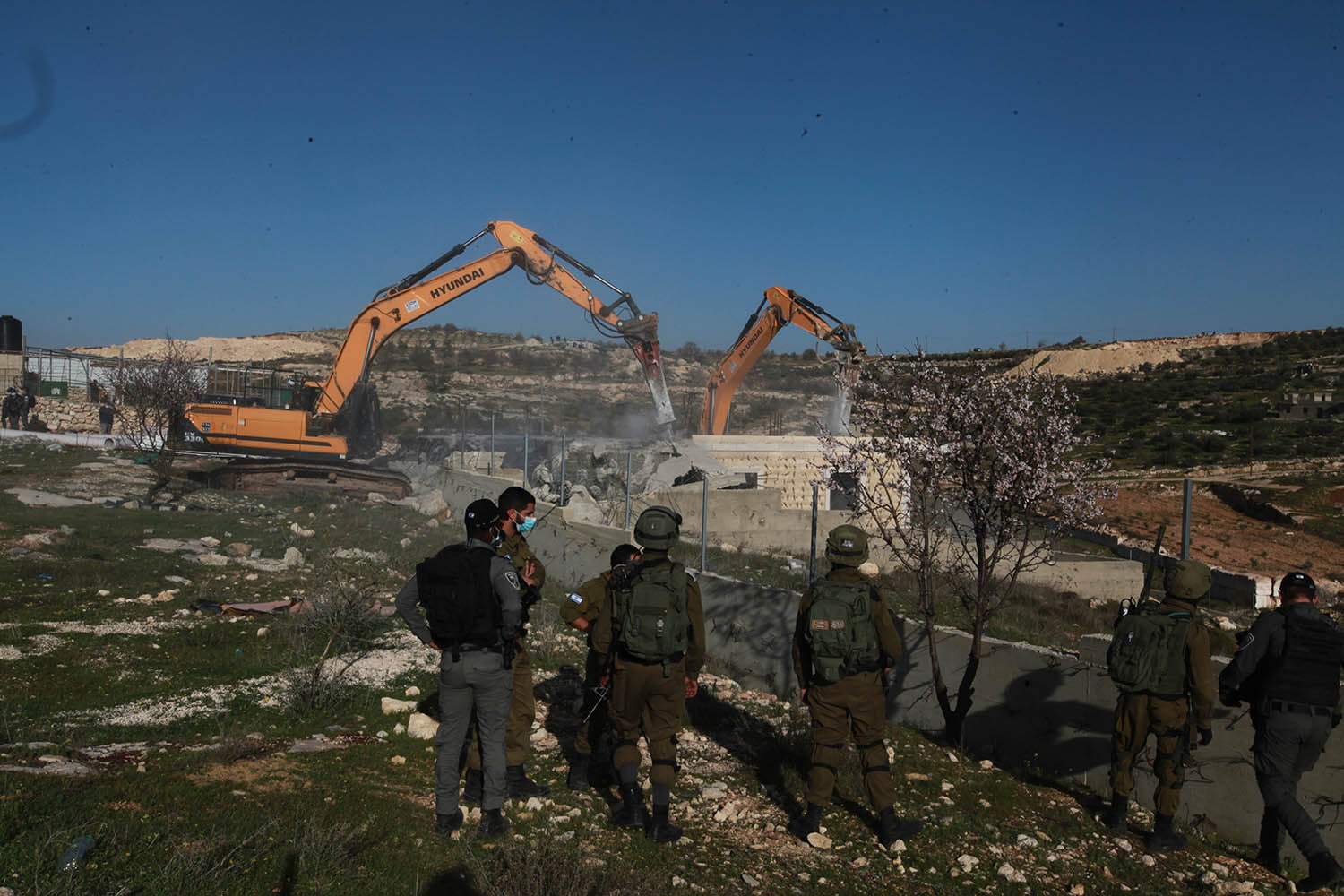 He pointed that the well was demolished under the pretext that it was built in Area C.

Additionally, the bulldozers tore down an agricultural shack for the second time in the area of al-Fakhit, east of Yatta, owned by local resident Akram Abu Sabha.

Israeli forces also tore down an agricultural room besides to a 100-square-meter house belonging Muhammad Dababsah, displacing his family comprising over 12 members.

Al-Fakhit is one of the 19 hamlets making up the Masafer Yatta, which rely heavily on animal husbandry as the main source of livelihood.