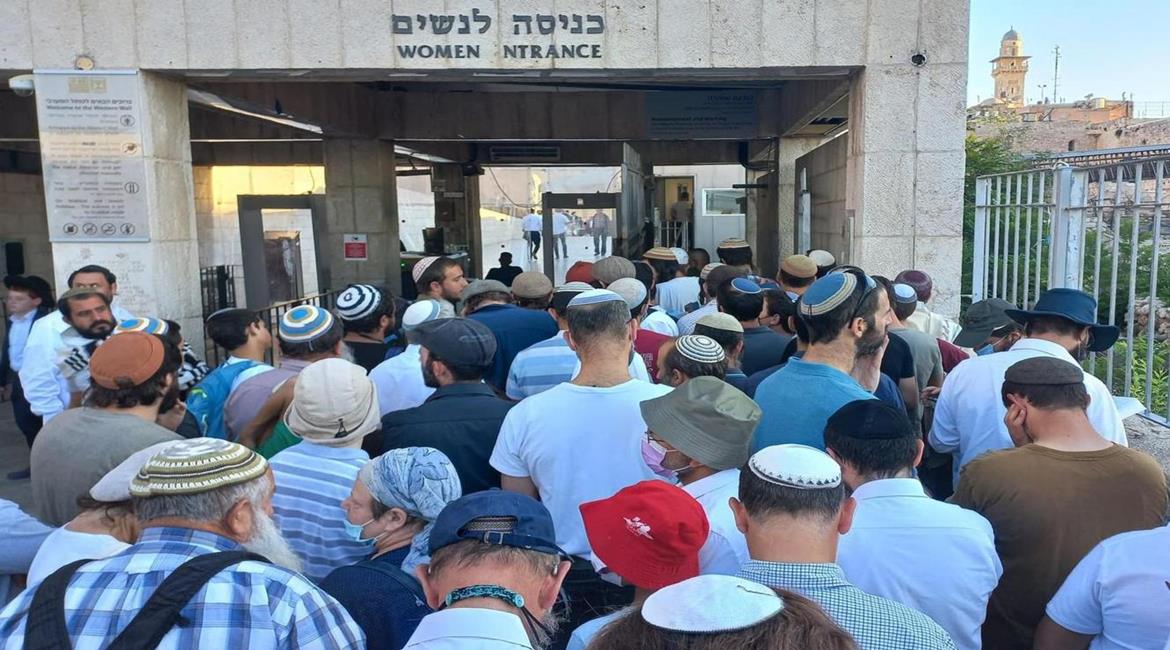 JERUSALEM, Sunday, July 18, 2021 (WAFA) – Israeli occupation forces and scores of Israeli settler fanatics broke into the courtyards of the Al-Aqsa Mosque compound on Sunday early morning, attacking worshipers at the holy site and detaining many of them.

Witnesses said that as of the early morning hours, dozens of Israeli Police officers started raiding the holy site through the Chain and Moroccan gates, before they embarked on beating and assaulting the Muslim worshipers attending prayers at the holy site in an effort to make way for the entry of hundreds of Israeli settlers there.

Israeli Police officers also fired stun grenades and teargas canisters at the worshipers and forced many of them out of the holy site due to the intensity of teargas.

Meantime, the police locked down the southern main building inside the holy site, and hundreds of worshipers were left inside and were unable to leave. Groups of Israeli settlers later broke into the courtyards after it was almost emptied of all Muslim worshipers by force.

Israeli extremist groups have called on settlers to force their way into Al-Aqsa complex in large numbers on July 18, on the occasion of the anniversary of what Israel calls "the destruction of the temple."

Al-Aqsa Mosque is the world's third-holiest site for Muslims. Jews call the area the "Temple Mount," claiming it was the site of two Jewish temples in ancient times.

The so-called Sovereignty Movement in Israel is also preparing to organize a march for settlers around the walls of the Old City of Jerusalem on the same day.

Israel occupied East Jerusalem, where al-Aqsa is located, during the 1967 Arab-Israeli war. It annexed the entire city in 1980, in a move never recognized by the international community.