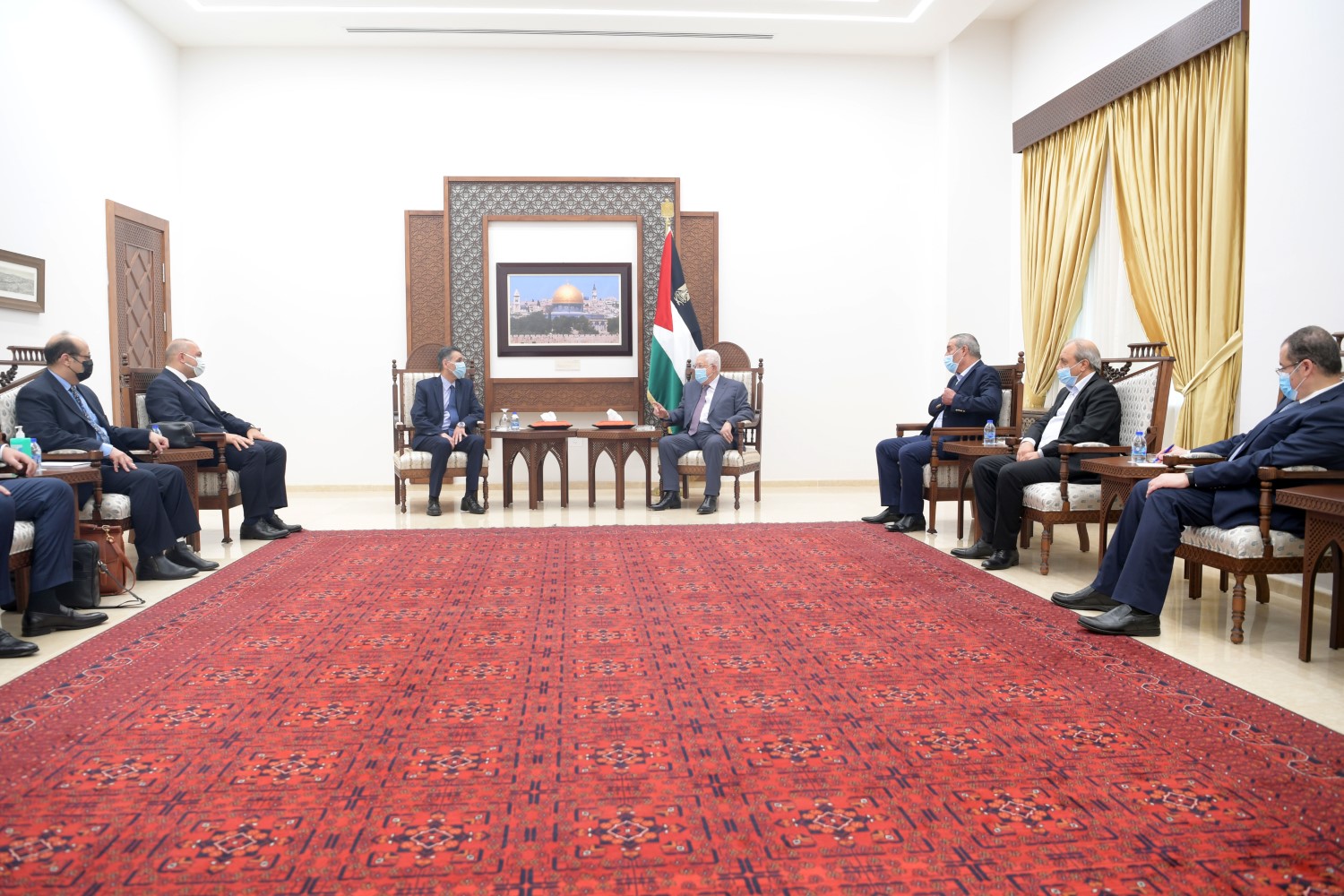 RAMALLAH, Saturday, May 22, 2021 (WAFA) – President Mahmoud Abbas received today at the Presidential Headquarters in Ramallah the Egyptian security delegation which visited the Gaza Strip yesterday in an effort to reinforce the fragile ceasefire.

During the meeting, the two parties discussed developments related to the ceasefire in the Gaza Strip, Jerusalem and the West Bank, as well as coordinating efforts for reconstruction in the Gaza Strip.

The President thanked Egyptian President Abdel-Fattah El-Sisi for the efforts made by Egypt to achieve a ceasefire and rebuild the Gaza Strip, and to return to the political path to end the Israeli occupation of the land of the State of Palestine with East Jerusalem as its capital.

The meeting was attended by Hussein al-Sheikh, Minister of Civil Affairs and member of the ruling Fatah Central Committee, and the head of the General Intelligence Service, Majid Faraj.