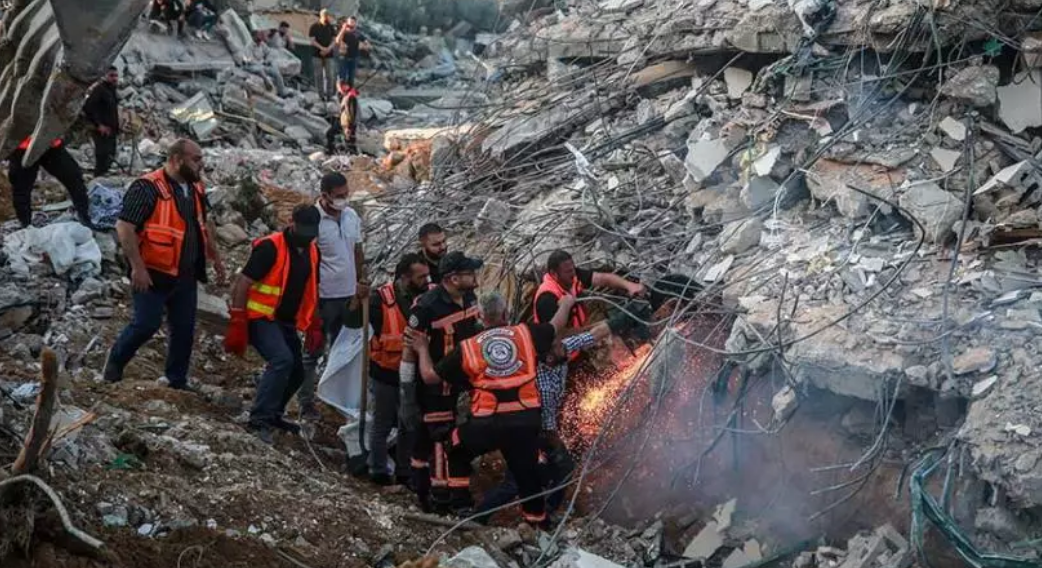 GAZA, Friday, May 14, 2021 (WAFA) – A Palestinian mother and her three children were among the ten latest victims of the ongoing Israeli aggression on the Gaza Strip.

A barrage of Israeli airstrikes at dawn Friday destroyed several homes in the town of Beit Lahiya, in the north of the Strip, resulting in the killing of a mother and her three children from the al-Attar family.

Four deaths were identified in the preliminary inspection of the mass damage, while the mother and her three children, together with two other bodies, were pulled out from the debris sometime later.

WAFA correspondent said Israeli fighter jets carried out a crazy barrage of about 160 airstrikes concurrently, which coincided with bombing by the Israeli artillery and navy that mainly targeted civilian facilities in the northern Gaza district.

The Ministry of Health said the latest figure bring up the number of Palestinians killed by the ongoing Israeli aggression on Gaza to 119, including 31 children, in addition to 830 injuries, including 139 children.