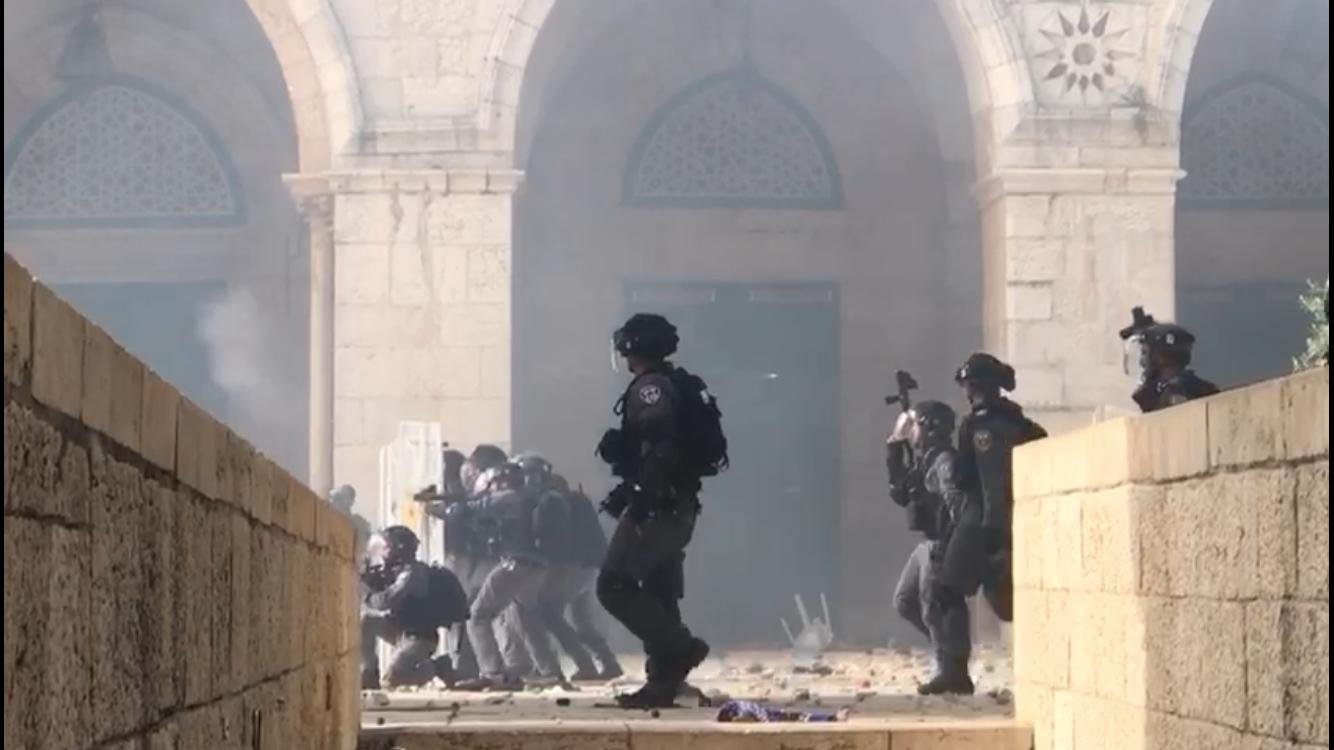 They said the forces fired rubber-coated metal bullets and tear gas canisters at the worshippers causing several cases of injuries.

The Palestinian Red Crescent said the police refused to allow its crews to enter the walled Al-Aqsa Mosque compound to evacuate the wounded.

Meanwhile, the police raid came to secure the plaza of the Muslim holy site for intrusions by extremist Jewish groups, who vowed to enter the holy compound as they mark the anniversary of the occupation of East Jerusalem in June 1967, including the historic old city and its Muslim and Christian holy places.

The Red Crescent and witnesses said the police acted violently against the worshippers who observed an all-night vigil at the Mosque as part of the worship duties during the holy fast month of Ramadan, which ends in two days.

However, as the police attempted to evacuate the compound of the Muslim worshippers for the Jewish fanatics to enter it, clashes broke out and heavy fire was used to subdue the Palestinians.

Tension has been high at Al-Aqsa Mosque and East Jerusalem in general during the month of Ramadan as Israeli police attempted to prevent Palestinians from celebrating their holy month and also as a result of attempts to forcibly evict several Palestinian families out of their homes in East Jerusalem's Sheikh Jarrah neighborhood in order to replace them with Israeli settlers.