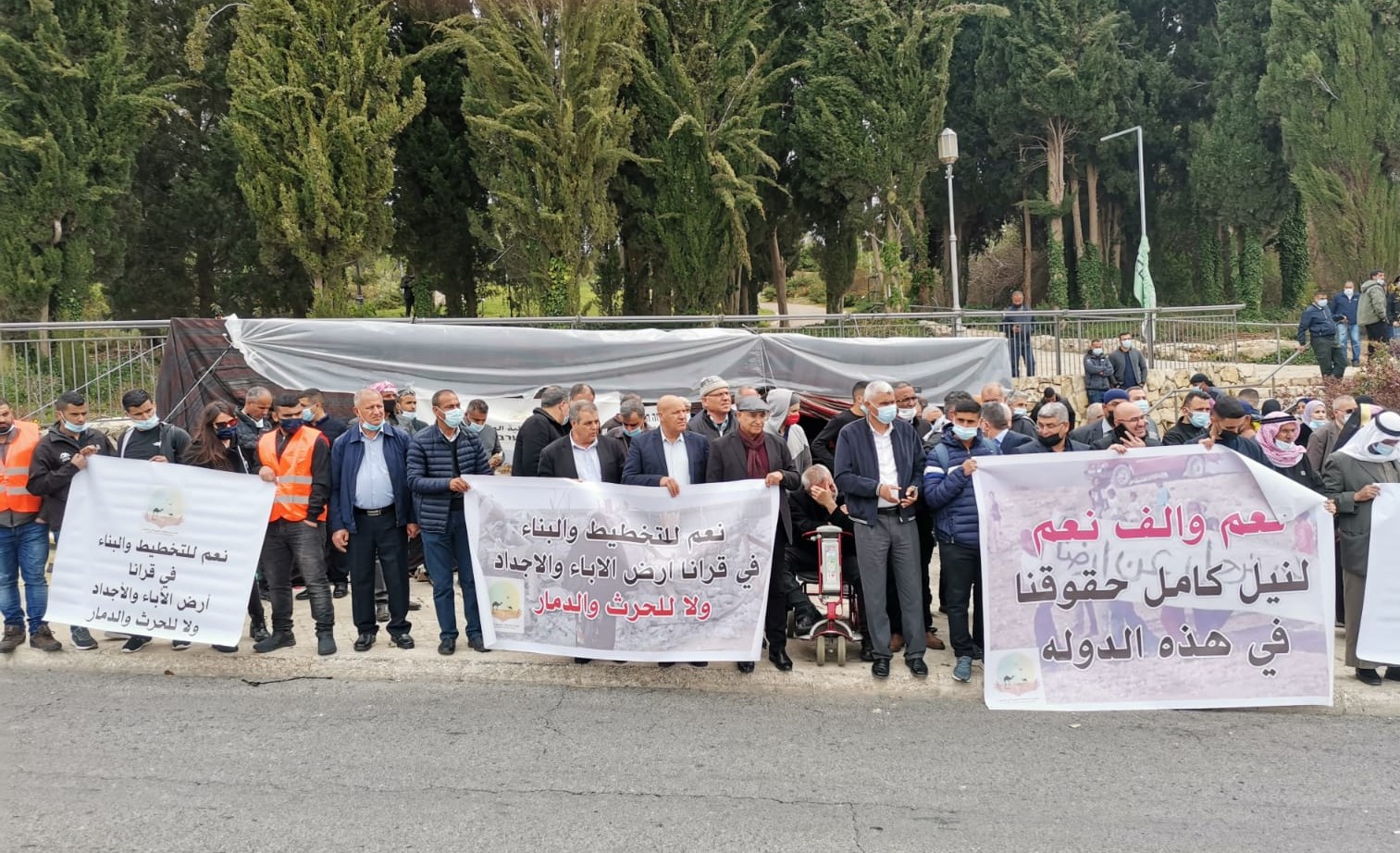 Palestinians in Israel demonstrating against government's demolition policy in the Naqab.

JERUSALEM, Thursday, March 18, 2021 (WAFA) – Dozens of Palestinians in Israel demonstrated today in West Jerusalem against the Israeli government’s demolition policy of their homes in the Naqab area in the south of Israel.

Participants in the demonstration, called for by the Higher Follow-up Committee of the Arab People and the Regional Committee of Heads of Arab Local Authorities at the Arab Local Authorities Forum in the Naqab, chanted slogans condemning the Israeli government's practices and its policy of discrimination against the Palestinian citizens in the Naqab.

They accused the government of stealing their lands and turn it into forest areas while denying them their basic civil rights as citizens of Israel.