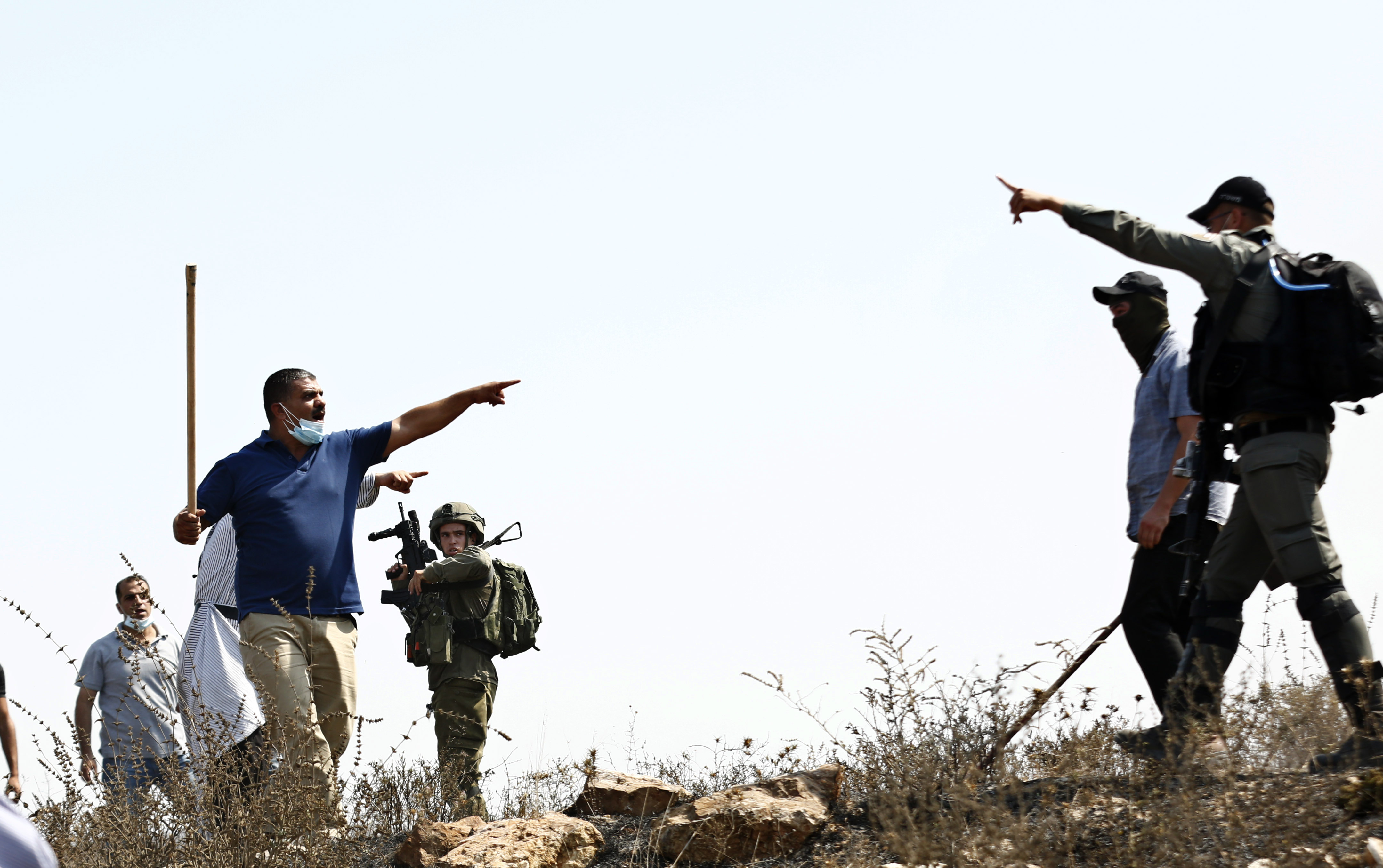 HEBRON, Tuesday, March 16, 2021 (WAFA) – A Palestinian landowner said today that Israeli settlers made 15 attempts to take over his farm in al-Baqa'a, east of the southern West Bank city of Hebron in recent times, the last of which was today when they attempted to destroy crops planted in his 25-dunum plot of land.

Aref Jaber, the landowner, told WAFA that Israeli settlers from the illegal settlement of Harsina attempted to run him over and kick him out of his land and raze it by force but that human rights activists who were present intervened and forced the settlers to leave the area.

Lands in the village of al-Baqa'a are considered Hebron's food basket but are currently under repeated threats from the Israeli occupation forces and settlers, who try to destroy their agricultural lands and demolish water pools on which farmers depend to irrigate their crops, aiming to displace the Palestinians who live there by forcing them to abandon their lands and village.