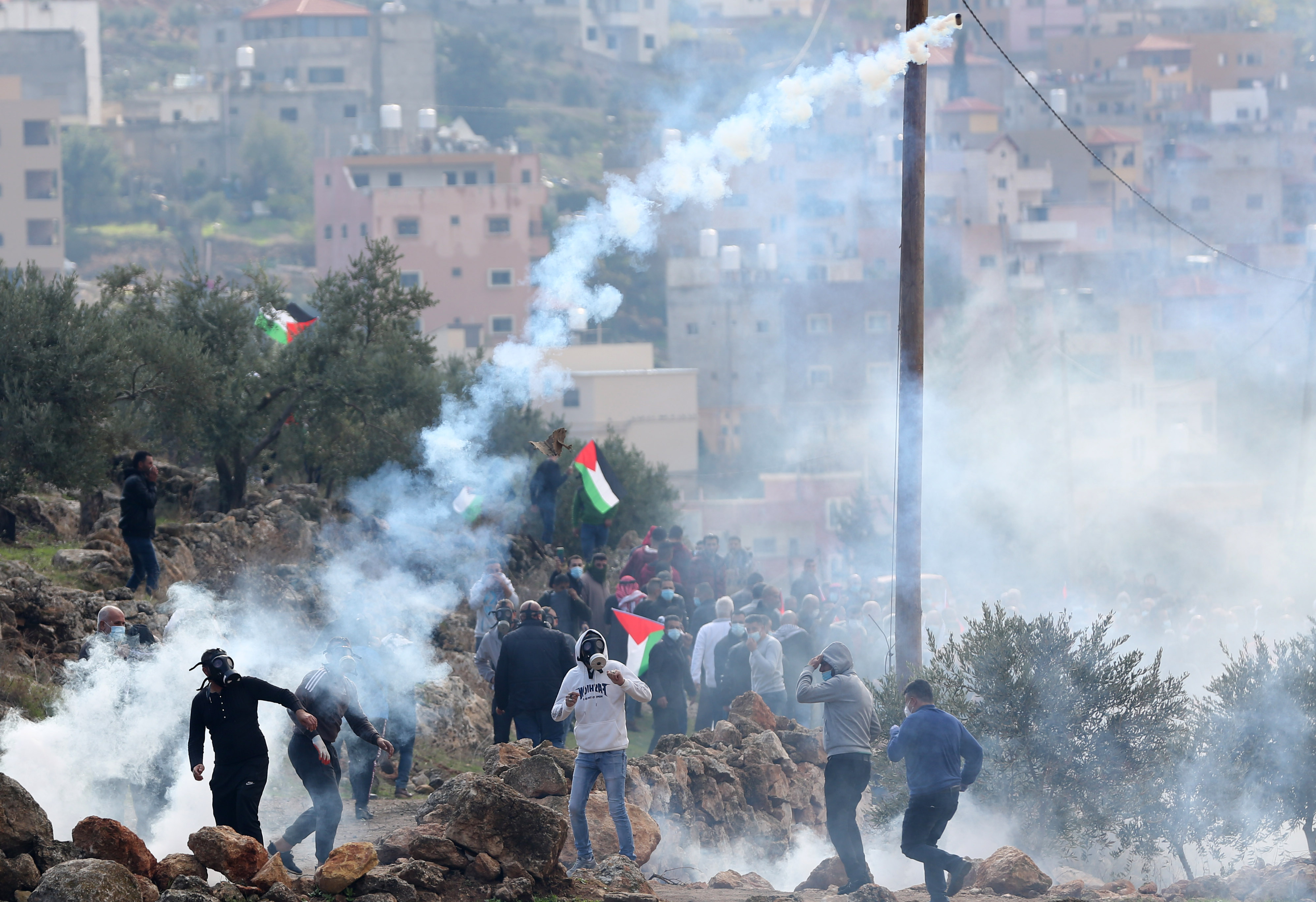 He said soldiers attacked the protest activity, assaulting the activists and throwing sound grenades at them while declaring the area a closed military zone.

The settlers from the illegal Susya settlement also attacked journalists covering the event and chased them with their dogs causing injuries to some, including WAFA staff Hamza Hattab, who required hospitalization, and Mashhour Wahwah.

The activity was held in solidarity with the Palestinian residents of Khirbet al=Tawimin and Masafer Yatta in their struggle against the Israeli takeover of their lands and the settlements, according to Fouad al-Amour, one of the activists.