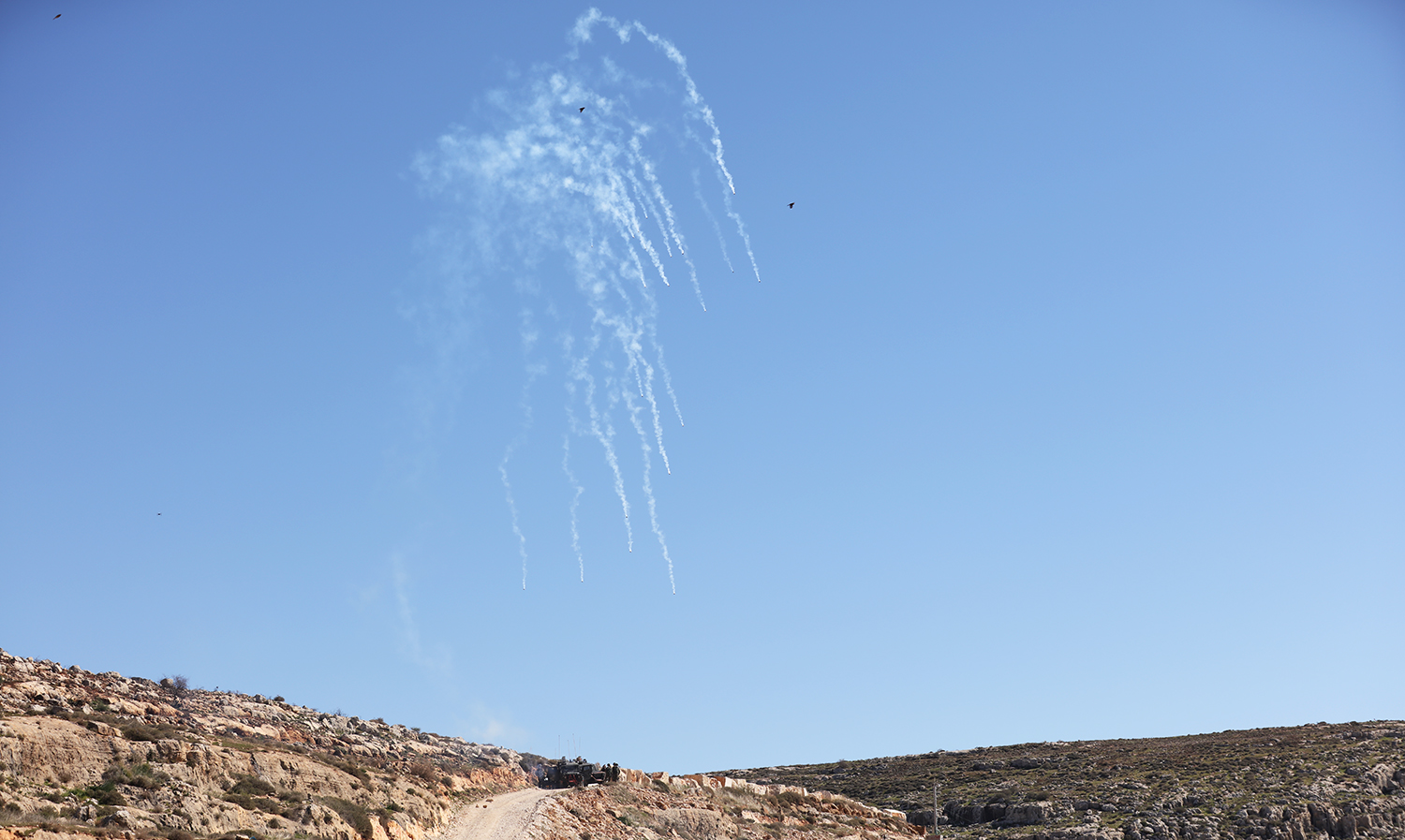 In Deir Jarir, northeast of Ramallah, several Palestinian protesters sustained suffocation from teargas when Israeli occupation forces fired teargas and rubber-coated rounds at them while taking part in the weekly nonviolent protest against Israel's plan to build a new settlement outpost in the area.

The village has been a frequent target of recurrent attacks by Israeli occupation forces and colonial settlers over the past few months.

Meanwhile, at least one Palestinian was injured when Israeli occupation forces attacked the weekly protest against colonial Israeli settlements, which took place in the village of Kafr Qaddum, near the city of Qalqilia in the occupied West Bank.

Morad Shtewi, an official in charge of the popular resistance file in the village, told WAFA that Israeli soldiers fired rubber-coated rounds and teargas at the protesters, injuring one of them in the hand. He was moved to hospital for treatment. Others also sustained suffocation from gas inhalation, and were treated at the scene by local medics.