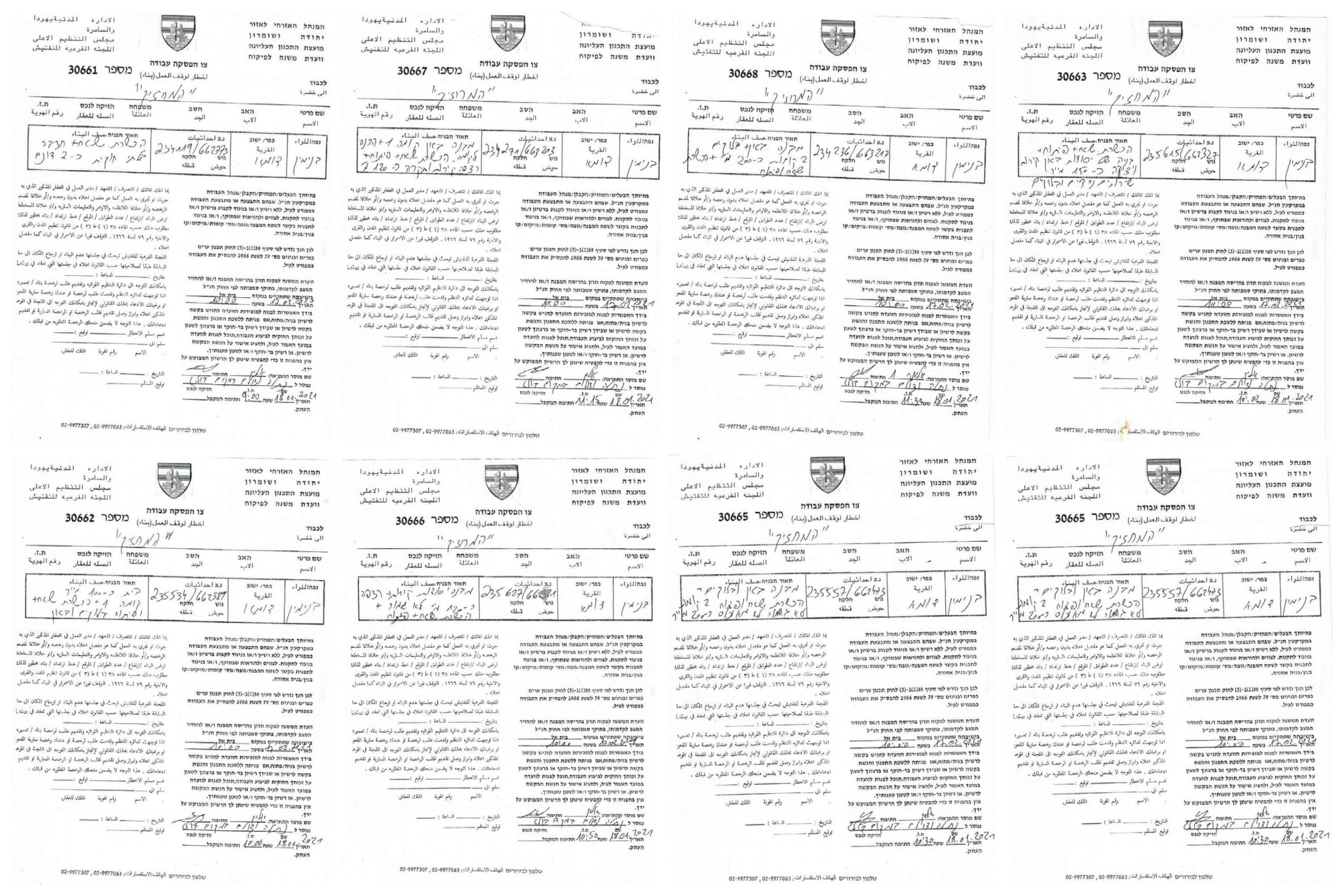 The Israeli demolition orders for eight houses in Duma village in the West Bank.

NABLUS, Tuesday, January 19, 2021 (WAFA) – The Israeli occupation authorities yesterday informed eight Palestinian families in Duma village, south of the northern West Bank city of Nablus, that the homes they built in their village are going to be demolished under the pretext of not obtaining a building permit from the Israeli military government, according to a local official.

Ghassan Daghlas, who monitors Israeli settlement activities in the north of the West Bank, told WAFA that five of the homes are owned by members of the Dawabshe family, two of them already inhabited, and the others are either completed and not yet inhabited or still in the construction stage.

While most of Duma village is designated as per the 1994 Palestinian-Israeli Oslo Accords as Area B, which is under Palestinian administration and Israeli security control, some areas, where the village wants to expand to accommodate its rising population, are designated as Area C, which is under full Israeli military rule where Palestinians are not allowed to build or develop without Israeli permission, which is never obtained.