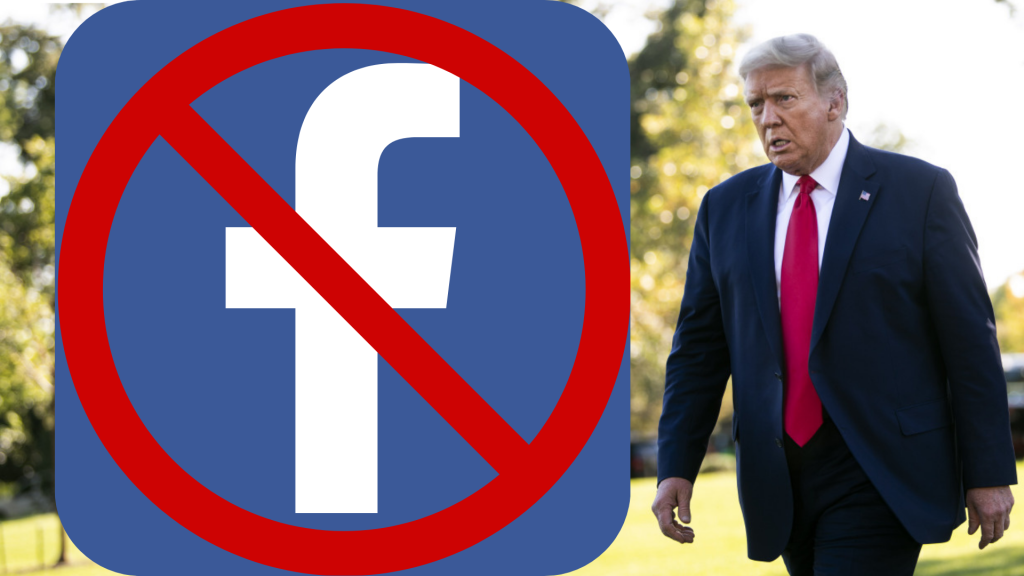 WASHINGTON DC, Friday, January 08, 2021 (WAFA) – Facebook's founder and CEO Mark Zuckerberg announced in a Facebook post yesterday that outgoing US President Donald Trump will be banned from using Facebook and Instagram until at least the rest of his term.

"We believe the risks of allowing the President to continue to use our service during this period are simply too great," Zuckerberg wrote.

He added, "Therefore, we are extending the block we have placed on his Facebook and Instagram accounts indefinitely and for at least the next two weeks until the peaceful transition of power is complete."

Twitter also locked Trump's account after the company accused him of violating its rules against interfering in elections or other civic processes. Earlier on Wednesday, Trump posted several tweets that included baseless claims about election fraud.

A spokesperson for Snap, the parent company of Snapchat, confirmed that it too locked Trump's account on Wednesday.

Twitter and Facebook have labeled a number of Trump's posts in the past, though Twitter has stopped short of removing his tweets because of public interest. "Our public interest policy -- which has guided our enforcement action in this area for years — ends where we believe the risk of harm is higher and/or more severe," Twitter said in a tweet.