In their daily attacks against Palestinians in the south of West Bank, Israeli settlers assault farmers, cause injuries 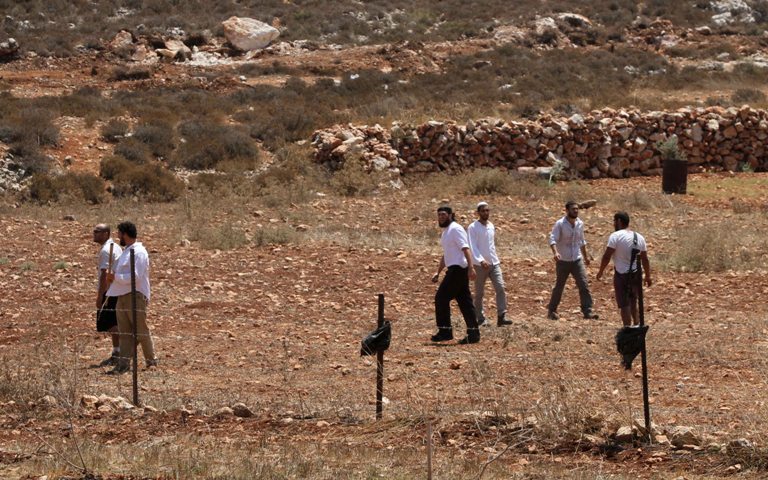 HEBRON, Saturday, January 02, 2021 (WAFA) – Israeli settlers from different illegal outposts in the south of the occupied West Bank today assaulted Palestinian farmers working on their lands in Umm Lakhous hamlet in Masafer Yatta, injuring some and preventing them to be in their lands, according to a local activist.

Rateb Jabour, coordinator of the popular committees resisting Israel’s apartheid barrier and settlements, told WAFA that the settlers assaulted the unarmed civilian farmers and engaged them in a fistfight leading to the injury of some of the farmers.

Masafer Yatta hamlets have been under daily attacks by Israeli settlers, often protected by the Israeli army, in their efforts to force their Palestinian residents to leave the area in order to take it over and use it for settlement expansion.