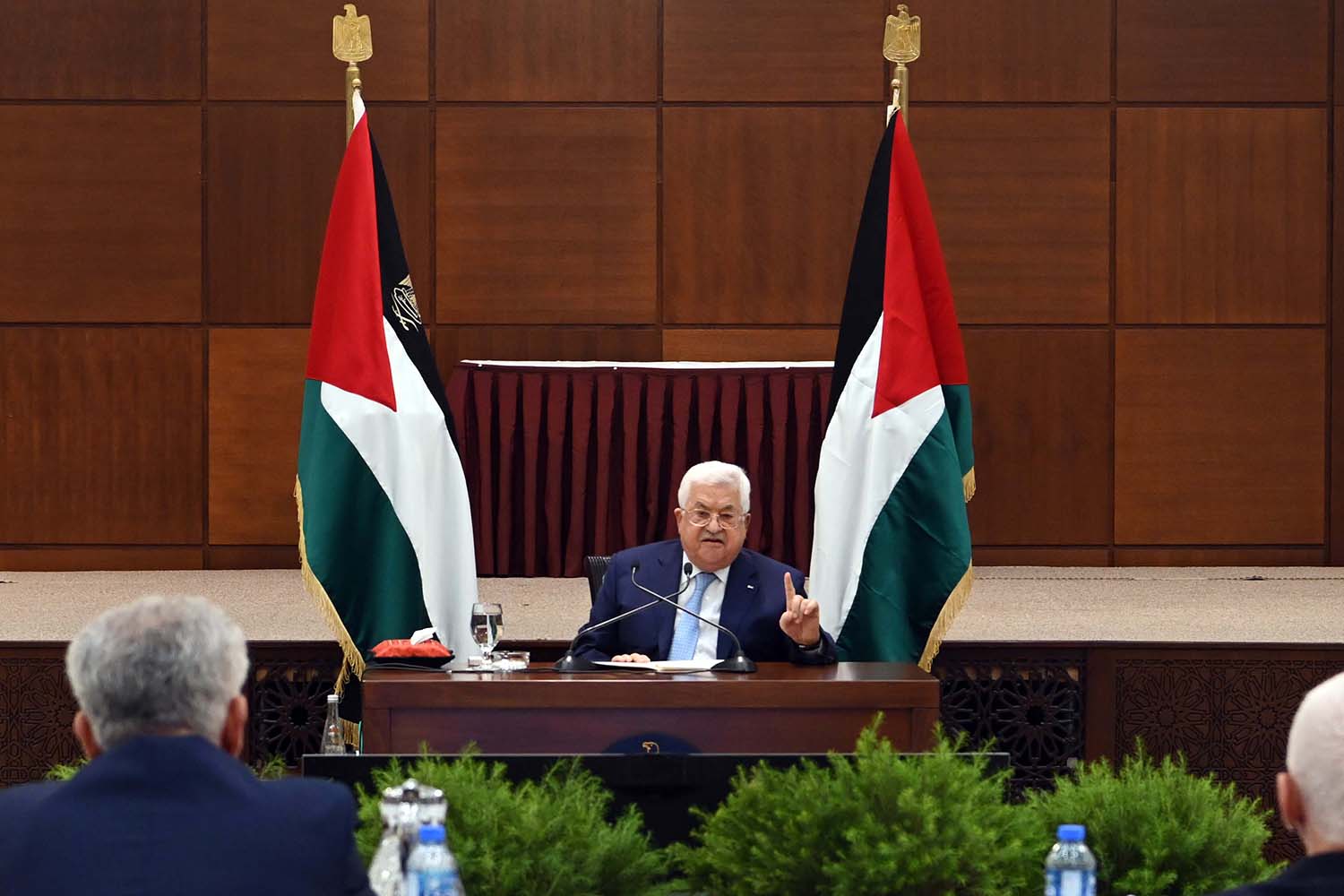 President Mahmoud Abbas chairs a meeting of the Palestinian leadership, May 19, 2020. Photo by: Thaer Ghanayim / WAFA

RAMALLAH, Saturday, December 19, 2020 (WAFA) – President Mahmoud Abbas chaired tonight a meeting of the Executive Committee of the Palestine Liberation Organization (PLO) that discussed the latest affairs in the country.

The meeting, which was held at the Presidential Headquarters in Ramallah, discussed the latest political developments concerning the overall internal situation in Palestine, as well as possible improvements of the relationship with the United States in the aftermath of recent positive remarks by US President-elect Joe Biden.

During the meeting, President Abbas provided a detailed report of the latest political developments and the current situation in Palestine, foremost of which is the continuing colonial settlement expansion policy, especially in Jerusalem, the Jordan Valley and other areas in the occupied West Bank.

The final communique of the PLO Executive Committee said: "The Executive Committee affirmed that in light of the positive statements announced by the US President-elect and his deputy to reopen the PLO office in Washington and the US consulate in East Jerusalem, and the rejection of annexation and settlement and the return of aid in its various forms to the Palestinian people, including support for UNRWA and the two-state solution, which together are contrary of a 'deal of the century,' the Palestinian leadership will restore its relations with the United States of America if the new American administration implements what it has announced, and works with the international community to revive the peace process in the Middle East by convening an international conference with the participation of the International Quartet and expanding its participation under the umbrella of the United Nations and based on the relevant resolutions of the international legitimacy."

The PLO Executive Committee underscored the need for all Palestinian factions to adhere to the resolutions of the secretary generals of the Palestinian Factions held on September 3 concerning the successive holding of the legislative, presidential and PLO National Council elections.

The PLO Executive Committee approved the formation of a preparatory committee with a mandate of preparing for a meeting of the PLO Central Council in light of the prevailing conditions. The meeting aims at confronting the challenges facing our people and creating the atmosphere to enhance national unity and arrange the internal situation in Palestine.