Premier calls on Spain to recognize Palestine as independent State 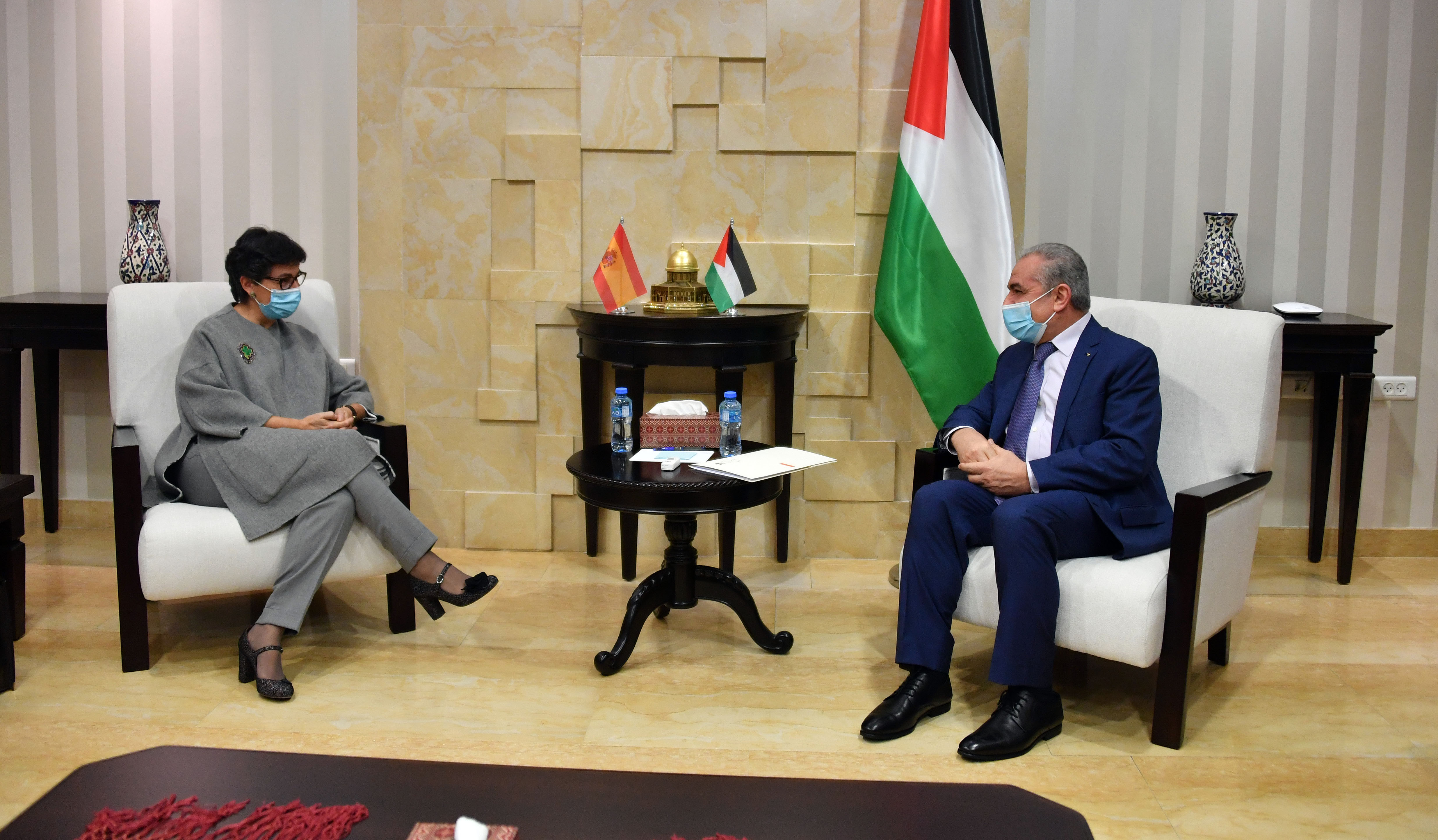 His statement came as he received visiting Spanish Foreign Minister Arancha González Laya at his office in Ramallah, where they discussed Spain's potential role in reviving the political peace process based on the international resolutions and terms of reference.

He continued, "Any political opportunity must be invested to create a leap in the efforts to reach a solution that have been going on for 30 years. We must work to ensure that no new conference is only a formal opportunity, but rather an international political endeavor that opens up prospects for ending the occupation and establishing the Palestinian State."

In the meantime, Gonzalez stressed the need to find a solution and put the necessary political weight to restart negotiations, saying her country is interested in supporting efforts to rebuild confidence between the Palestinians and the Israelis. She added that her country was committed to provide the necessary support for the two parties to reach a settlement.