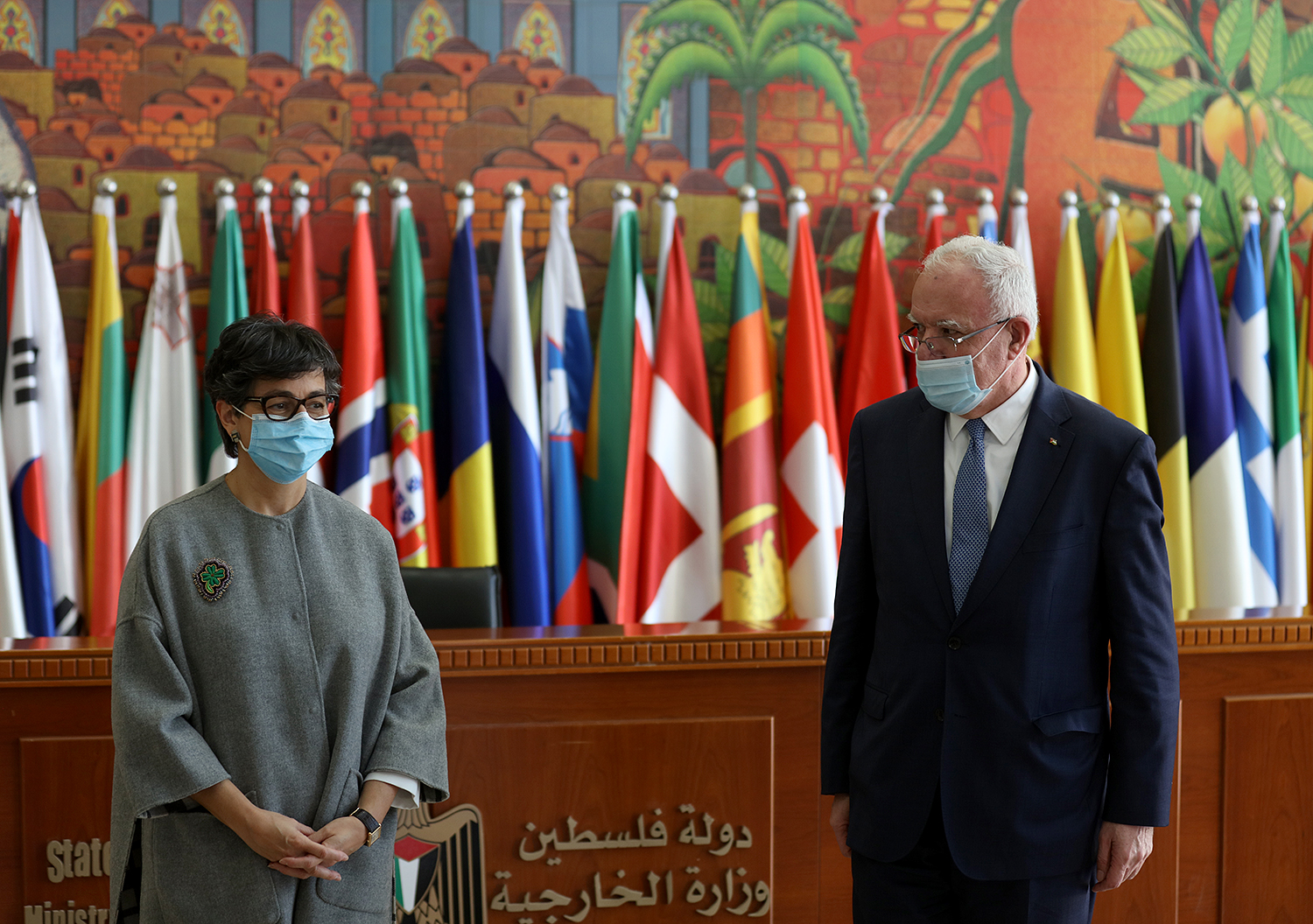 RAMALLAH, Thursday, December 10, 2020 (WAFA) – Spanish Foreign Minister Arancha González Laya said today that her country will prioritize Palestine concerning the provision of the COVID-19 vaccines, as part of the Spanish Government's solidarity campaign against the coronavirus.

Speaking at a press conference with Minister of Foreign Affairs and Expatriates Riyad al-Malki in Ramallah, González said Palestine will be on top of the countries that will receive the Spanish-manufactured COVID-19 vaccine following its development, given the grave humanitarian situation the country is going through.

The Spanish Foreign Minister added that her country has decided to provide $5 million in urgent support for the United Nations Relief and Works Agency for Palestinian Refugees (UNRWA), to enable it to continue providing its education and healthcare services to Palestinian refugees, in light of the current difficult circumstances due to the coronavirus outbreak.

Gonzalez said that her tour to the region also aims at exploring the role that Spain can play to support the relaunch of dialogue between the Palestinians and the Israelis, in preparation for the resumption of peace negotiations based on a two-state solution.

"There is a new opportunity at the moment, which coincides with the 30th anniversary of the Madrid Peace Conference. We know that the circumstances are different, but there is a need to find a solution and put the necessary political weight to restart negotiations," said Gonzalez. "Therefore, we will support efforts to rebuild confidence between the two parties, and provide the necessary support for them to reach a settlement."

Meanwhile, Foreign Minister al- Malki said he had discussed with the Spanish counterpart ways to revive the peace process and return to the negotiations table as per the international terms of reference.

He said he had discussed with Gonzalez the Israeli occupation's violations and unilateral actions on the ground, including the plan to annex portions of the Palestinian land to Israeli sovereignty, one that could prevent the realization of the two-state solution.

Al-Malki pointed out that he had agreed with his Spanish counterpart to resume bilateral talks and resume the work of the joint Palestinian-Spanish governmental committee which has not been held for 10 years.