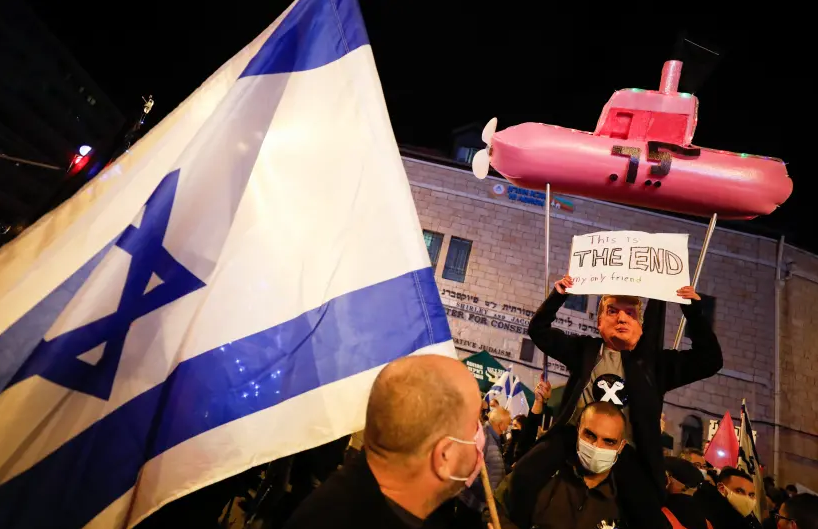 The protesters have been gathering there weekly for the past six months, saying Netanyahu should step down because of his corruption trial and mishandling of the coronavirus pandemic.

Other smaller protesters were also held in many locations across Israel, and at least 25 protesters were rounded up by the police. In Tel Aviv, an 82-year-old protester died after being hit by a car during a rally. The victim, Dror Soffer, was the father of Facebook Israel CEO Adi Soffer-Teeni, Israeli media outlets said.

The protests began last spring when Netanyahu and his chief rival, Benny Gantz, agreed to form what they called an emergency government focused on managing the health and economic challenges stemming from the coronavirus pandemic. Their partnership has been paralyzed by infighting, and a pair of lockdowns hit the economy hard, sending unemployment skyrocketing to double-digit figures.

With wintry weather settling in, the crowds have begun to shrink. But participants remained vocal and animated yesterday.

Netanyahu has been facing long-running charges of fraud, breach of trust and accepting bribes. His trial is scheduled to enter its evidentiary phase in January.