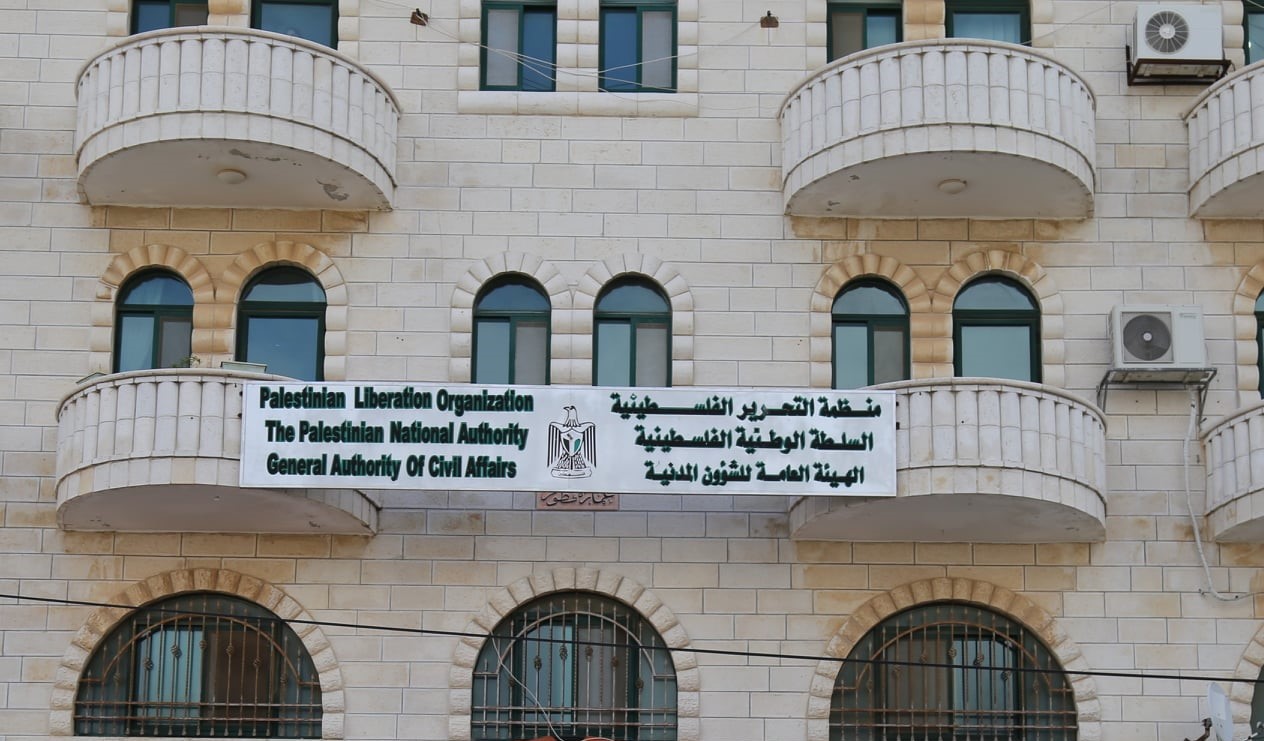 The headquarters of the General Authority of Civil Affairs in Ramallah

RAMALLAH, Sunday, November 22, 2020 (WAFA) – The Palestinian Authority’s General Authority of Civil Affairs said today it has resumed all its works in all of its directorates and offices in the West Bank and the Gaza Strip, following the resumption of relations with the Israeli side.

The Authority said citizens in need of filing applications for permits that require a prior permission from the Israeli occupation authorities are asked to do so at its directorates and offices, rather than at the offices of the so-called Israeli Civil Administration.

The General Authority of Civil Affairs is in charge of following up the daily and humanitarian needs of Palestinian individuals and organizations and which require a prior permission from the Israeli side, such as permits to enter Israel and special permits to allow reunification of Palestinians living abroad with their families at home.

In May, the Authority suspended its works after President Mahmoud Abbas cut off all ties with Israel in protest of the latter’s now-defunct plan to annex portions of the occupied West Bank to its sovereignty.

Relations with Israel were resumed last week after the Palestinian Authority had received a written letter from the so-called Coordinator of the Israeli Government Activities in the West Bank affirming Israel’s commitment to the agreements signed with the Palestinians.