After barring Palestinians from reaching a tree-planting event in West Bank, Israeli soldiers attack the event 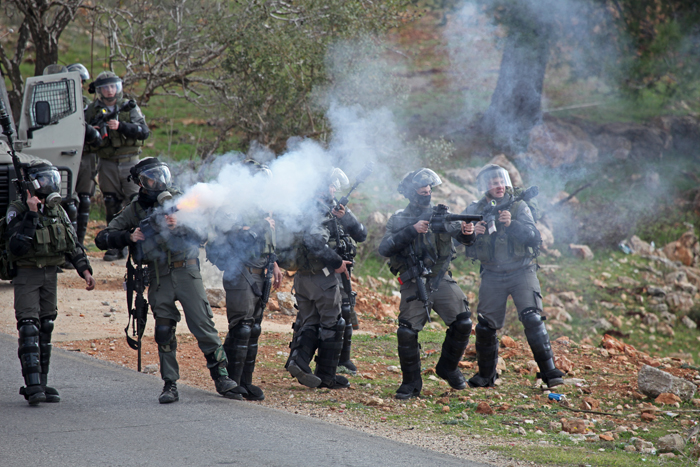 NABLUS, Friday, October 09, 2020 (WAFA) – Israeli soldiers today bombarded Palestinians participating in a tree-planting event in the northern West Bank village of Beit Dajan, east of Nablus, with teargas in an effort to disperse them after preventing many others from reaching the event since the morning hours, according to witnesses.

They said the soldiers showered the participants who were able to reach the site of the tree planting event in the village with teargas, causing dozens of suffocation cases, and fired rubber-coated metal bullets and stun grenades in their direction.

Palestinians have attempted to reach the village in the morning to take part in the tree-planting event organized by the nationalist forces in Nablus in cooperation with the Wall and Settlements Resistance Commission in an effort to prevent Israel from taking over the Palestinian land for its illegal settlement activities.

Israeli occupation forces set up roadblocks and turned back hundreds of activists, many were forced to look for alternative roads to reach their destination.