Israeli occupation forces detain at least 12 Palestinians, including one after an alleged stabbing attempt 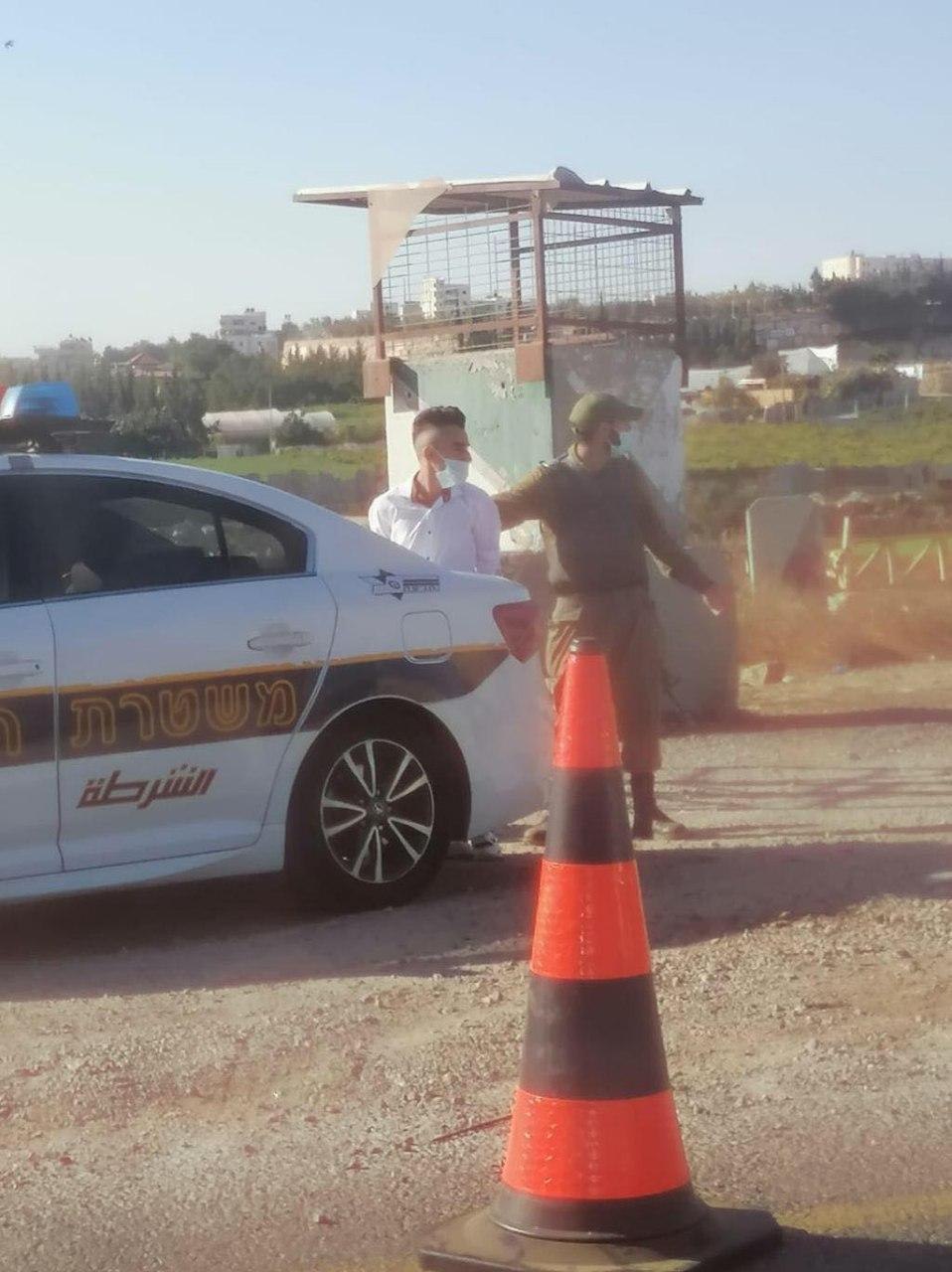 An Israeli soldier detaining a Palestinian in the south of the West Bank after an alleged stabbing attempt.

RAMALLAH, Monday, October 05, 2020 (WAFA) – The Israeli occupation forces today detained at least nine Palestinians in the occupied territories, including one following an alleged stabbing attempt in the south of the West Bank, according to Israeli reports and the Palestinian Prisoner Society (PPS).

Israeli reports said soldiers detained a Palestinian resident of Hebron claiming he had attempted to stab soldiers at a checkpoint near the village of Beit Ainoon. There was no Palestinian confirmation of this incident other than the detention of the Palestinian man and there were no reports of injuries among the soldiers.

(In a later update on the detentions, the PPS included three other Palestinians detained by the Israeli occupation forces in the south of the West Bank. They included a 56-year-old man and his 33-year-old son, raising the total detained today for resisting the occupation to 12.)