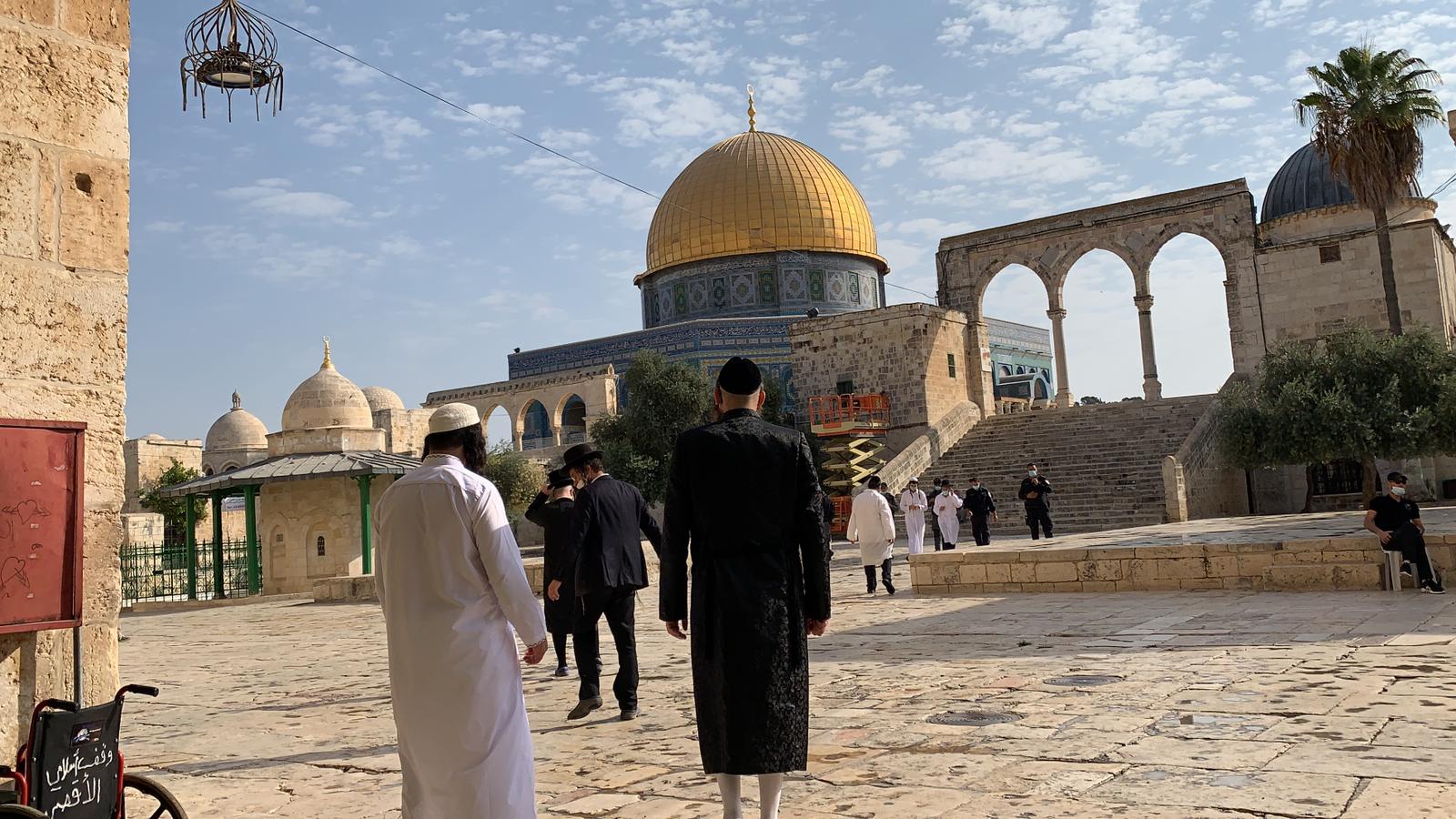 They said that the fanatic settlers entered the holy compound in groups since early morning and performed rituals and provocative tours through the Islamic holy site.

Over the past few days, the so-called Temple Mount extremist organizations called upon fans to perform provocative tours to Al-Aqsa, on the pretext of celebrating the Jewish holiday of Rosh Hashanah, or the Jewish New Year.

Settler incursions into the holy mosque compound coupled with the systematic takeover of church property in Jerusalem are perceived as part of the plan to transform a multi-religious and multi-cultural city into a “reunified” Jewish city under the exclusive control and sovereignty of the occupying state of Israel.

Located in occupied Jerusalem, the Al-Aqsa Mosque is the third holiest site in Islam. It was also Islam’s first Qibla, the direction towards which Muslims must turn to pray, before that was changed to Mecca, in Saudi Arabia.