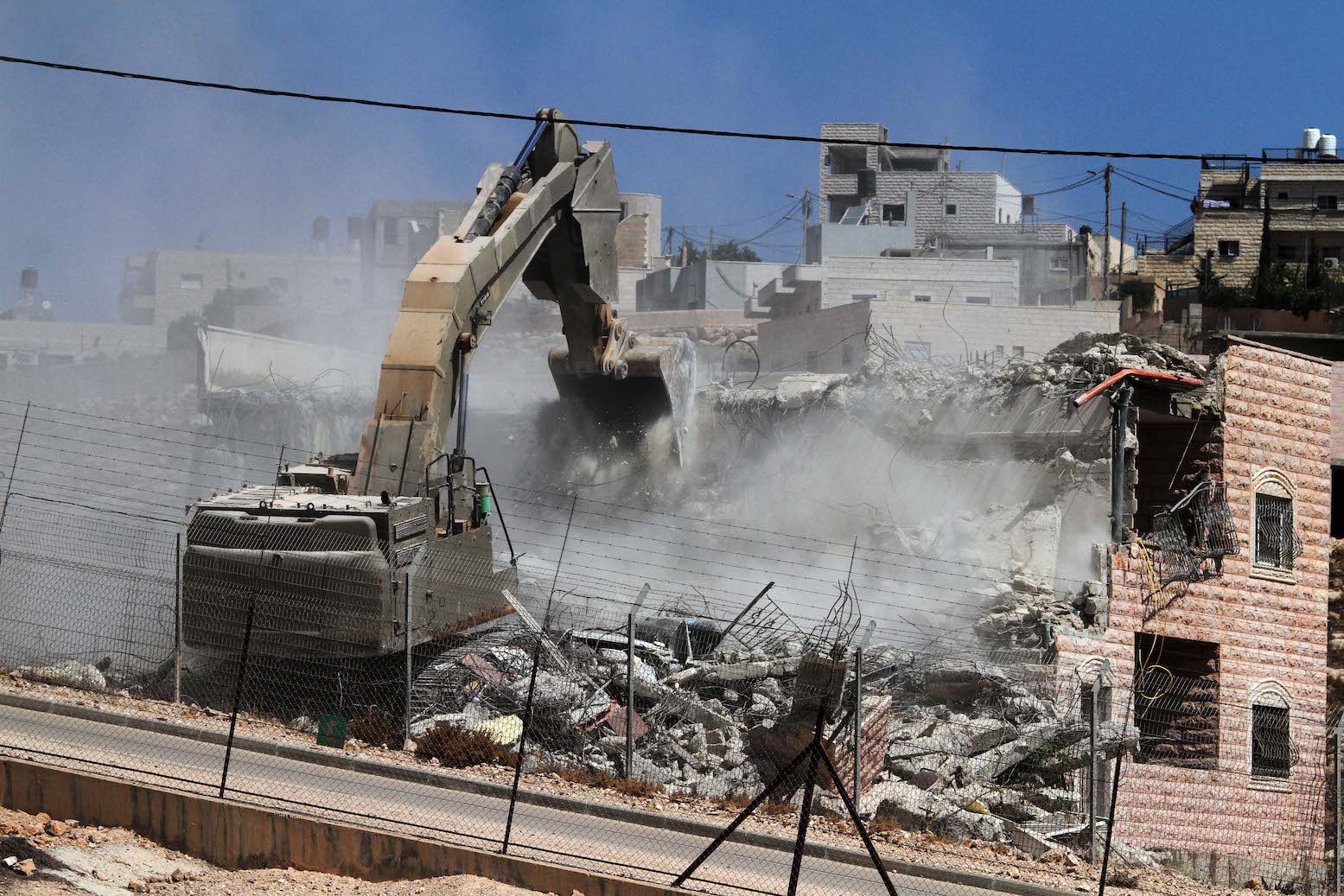 RAMALLAH, Thursday, September 17, 2020 (WAFA) – The Israeli occupation army demolished a Palestinian-owned home today in the village of Beit Sira, to the west of the city of Ramallah in the occupied West Bank, under the pretext of construction without a permit, according to a local source.

Walid Khattab, deputy mayor of Beit Sira, said an occupation army force accompanied by heavy machinery raided the village in the early dawn hours, cordoned off the home of Mr. Mohammad Ismail Anqawi, a local Palestinian villager, before proceeding to knock it down.

Anqawi was notified by the Israeli occupation authorities two months ago that his home would be demolished for lack of an Israeli construction permit. He said he had since obtained an Israeli court order to delay the demolition, but was shocked that the occupation army decided to demolish the home despite the court's ruling.

Israeli occupation authorities have already handed over notifications for the demolition of 40 other homes in the area, under the pretext of building without an Israeli permit.

The location where the house was demolished is located in an area classified Area C, an area making two-thirds of the occupied West Bank that is under Israeli civil and military control, and where the occupation authorities almost never issue any construction permits to the Palestinian citizens.

This reality has forced hundreds of Palestinians in this area to build without a permit in order to fulfill their growing housing demands, risking their homes be demolished by the occupation authorities.