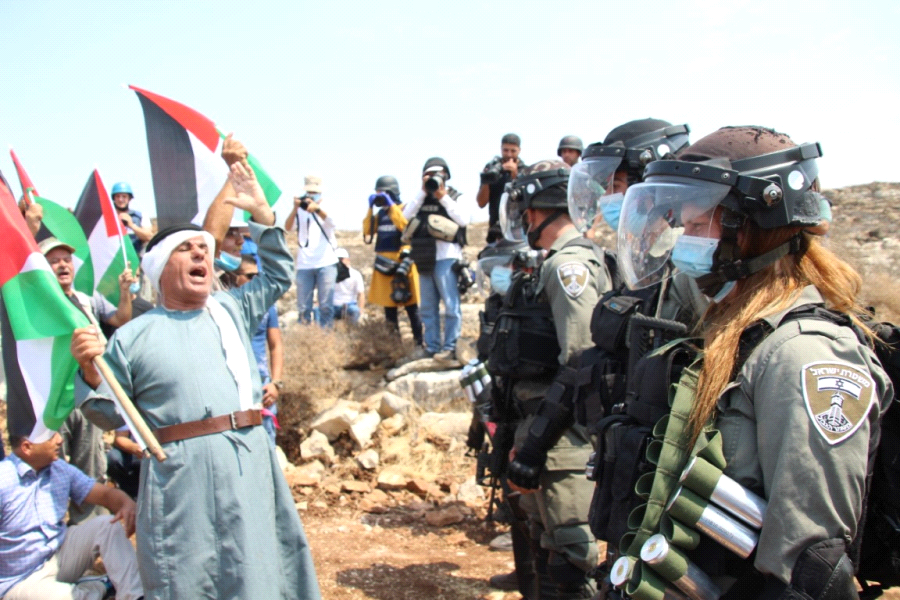 She said that the soldiers attacked the protesters firing teargas at them and beating them up in an effort to crush their protest at a road that links the three villages of Jabara, al-Ras, and Shoufa, south and east of the northern West Bank city of Tulkarm, where Israel plans to build an illegal industrial settlement.

The Israeli occupation forces attacked participants in the protest organized by local nationalist forces and the Wall and Settlements Resistance Commission. Journalists covering the event were also attacked and prevented from filming it, said WAFA correspondent.

The army set up checkpoints on roads leading to the protest area and stopped activists attempting to reach it and prevented them from continuing on the road.

Tulkarm Governor Issam Abu Bakr, who participated in the protest, said this activity will continue until this settlement project, which is a threat to Tulkarm because it separates it from nearby Qalqilya governorate and other towns, is stopped.

Head of the Wall and Settlement Resistance Commission, Walid Assaf, who also took part in the protest, warned that this project, if allowed, will restrict the movement of people in the area, not to mention its impact on the environment.

He said the protest activities will continue in order to defeat this project and other illegal Israeli settlement activities in the occupied Palestinian territories.