Thousands of Palestinian homes in East Jerusalem are under threat of demolition, says official 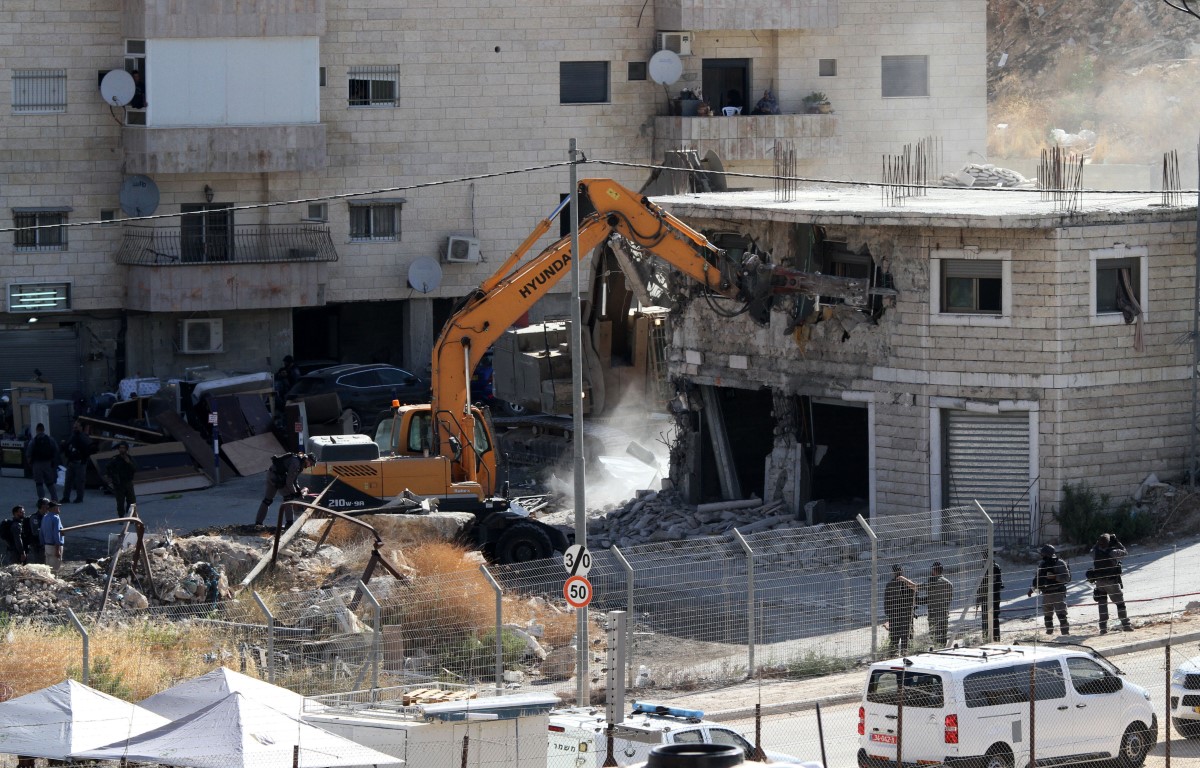 JERUSALEM, Monday, August 24, 2020 (WAFA) –  At least 18,000 Palestinian-owned houses in the occupied city of Jerusalem are under the threat of demolition by the Israeli occupation authorities, today said Abdullah Siam, the Palestinian Authority's Deputy Jerusalem Governor.

He told the official Voice of Palestine radio that the Israeli courts are currently considering demolition cases against these homes at a time there is a need for 15,000 housing units in the occupied city.

Siam noted that this comes as another example of Israel’s collective punishment and ethnic cleansing policy against Palestinians in Jerusalem in its plan to increase the number of Jewish settlers in the city through demolishing Palestinian houses and forcing them out of their city.

To be noted, the Israeli occupation authorities issued since the start of this year about 650 demolition orders against houses and structures owned by Palestinians in Jerusalem.