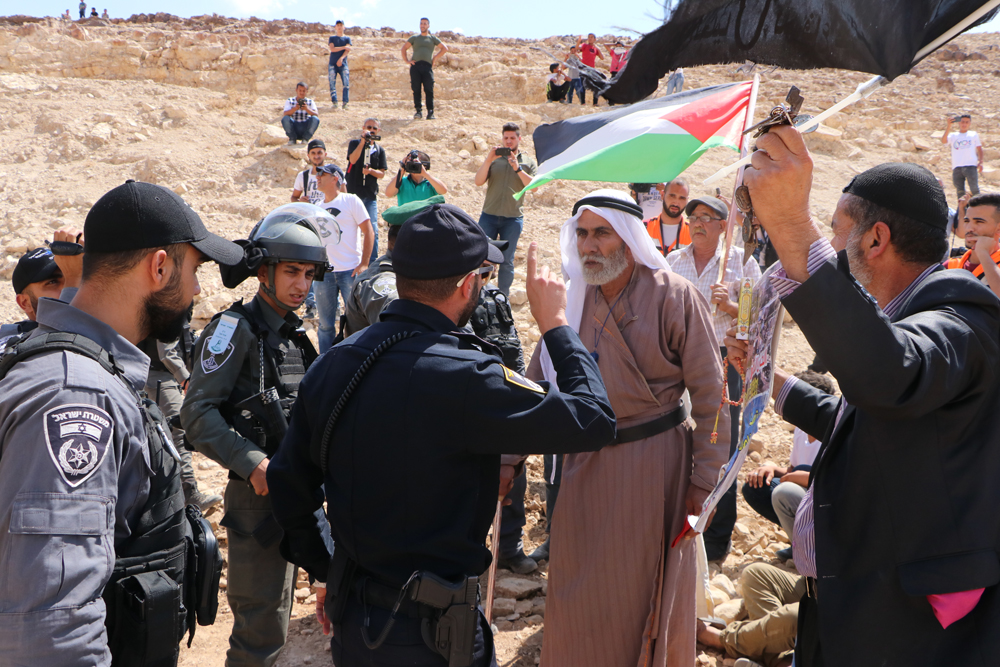 RAMALLAH, Friday, August 21, 2020 (WAFA) – At least two Palestinians were injured and many others suffocated from teargas today, as Israeli occupation forces attacked several protests against Israeli settlements and against the UAE-Israel normalization deal, which set off in many areas across the occupied West Bank.

In Qalqilia district, the occupation forces attacked dozens of protesters taking part in the weekly anti-settlements protest in the village of Kafr Qaddum, injuring two protesters by rubber-coated rounds and many others by teargas.

In Salfit district, Israeli soldiers attacked protesters who were demonstrating against Israel’s plan to confiscate large swathes of Palestinian-owned land in the village. Some of the protesters were beaten and injured by the soldiers. The protesters held the weekly Friday prayer on the land threatened with confiscation.

In Hebron, south of the West Bank, hundreds of Palestinians performed the Friday prayer on a land threatened with Israeli confiscation in Masafer Yatta area. The protest and prayer were attacked by Israeli soldiers and settlers, but no injuries were reported.

A similar protest also took place in the village of Ni’lin, west of Ramallah, where several cases of inhalation from teargas were reported.