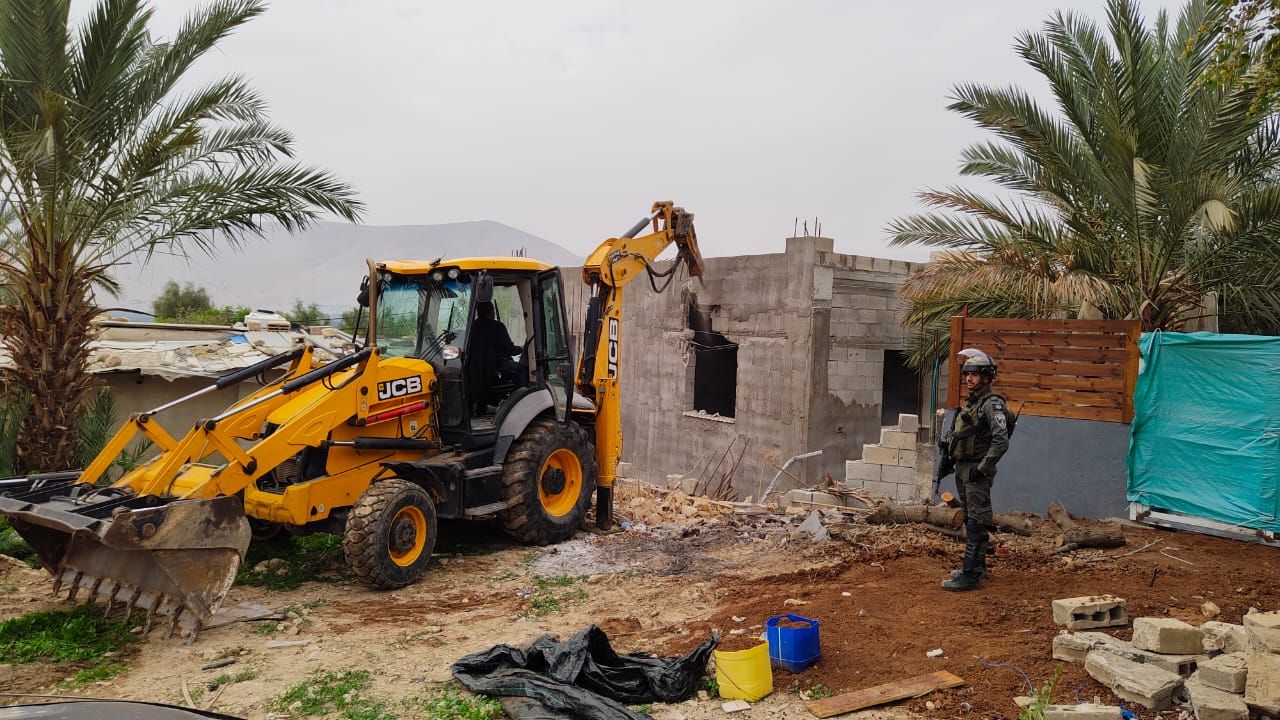 Demolition of homes in al-Jiftlik.

JERICHO, Tuesday, December 13, 2022 (WAFA) – The Israeli occupation authorities demolished this morning four Palestinian-owned homes in the village of al-Jiftlik, north of the ancient city of Jericho, under the pretext they were built in Area C of the occupied West Bank, which is under full Israeli military rule.

Al-Jiftlik head of the village council, Ahmad Abu Ghanem, told WAFA that soldiers accompanied by a bulldozer broke into the village and proceeded to demolish four homes, each between 120 to 150 square meters in area.

The four homes were inhabited, he said, which means several families will be left without a shelter.