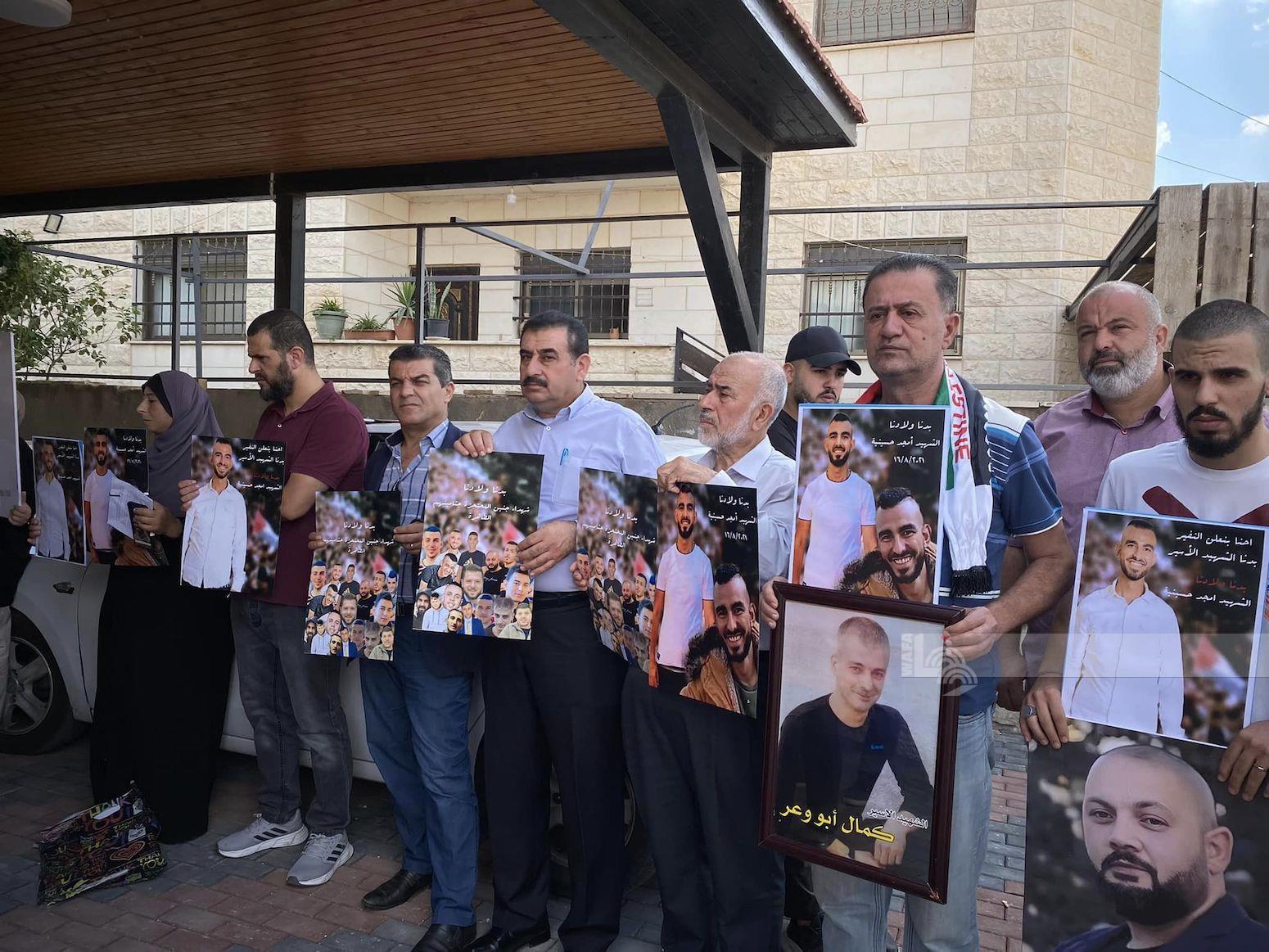 Families of Palestinians killed and withheld by Israel demand their release in a protest in Jenin. (WAFA Images / Thayyer Abu Bakr)

This came during sit-on protests organized by families of the slain Palestinians in the occupied West Bank cities of Hebron, Bethlehem and Jenin, expressing their rejection of Israel’s policies of withholding the bodies of Palestinians killed by Israel for negotiating and bargaining reasons.

The families protested in front of the Red Cross offices in various cities, holding banners that said “we want our children,” “keeping hold of martyrs is a crime,” as well as “holding the bodies of the captured martyrs in mortuaries and cemeteries of numbers is an international, humanitarian and moral crime committed against their families and a clear violation of the provisions of the Fourth Geneva Convention,” and “the occupying power is the only one in the world that holds the bodies of the martyrs.”

The families stressed that all the excuses of the occupation for the continued detention of the bodies are unjustified, demanding their immediate release without restrictions and conditions so that their families can give them a proper burial.