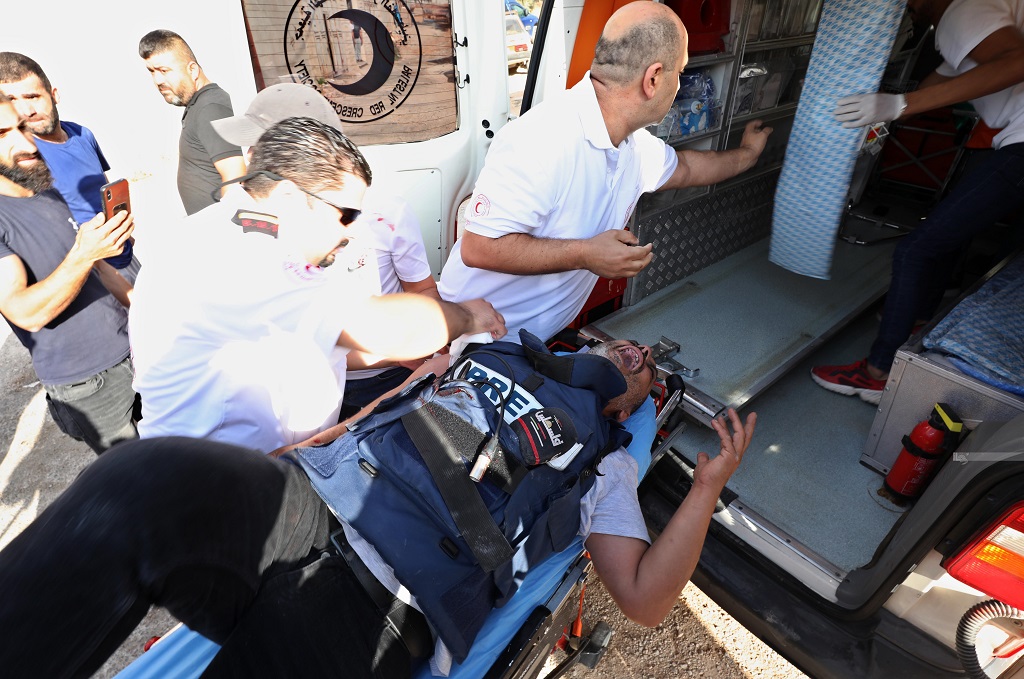 NABLUS, Tuesday, October 18, 2022 (WAFA) – Five Palestinian journalists from Palestine TV were last night injured after they were assaulted by Israeli occupation forces near the entrance of the village of Deir Sharaf, west of the occupied West Bank city of Nablus.

WAFA correspondent said that the five journalists were filming a show when they were assaulted by the Israeli soldiers, who continue to shut down the entrances of Deir Sharaf village.

He added that cameraman Mo’taz al-Sudani was injured in the face with a tear gas bomb, another suffered bruises, while the rest suffocated due to inhaling tear gas fired at them.

They were all taken to a hospital in nearby Nablus for treatment.

Additionally, the soldiers caused damage to the media crew’s equipment and tools.