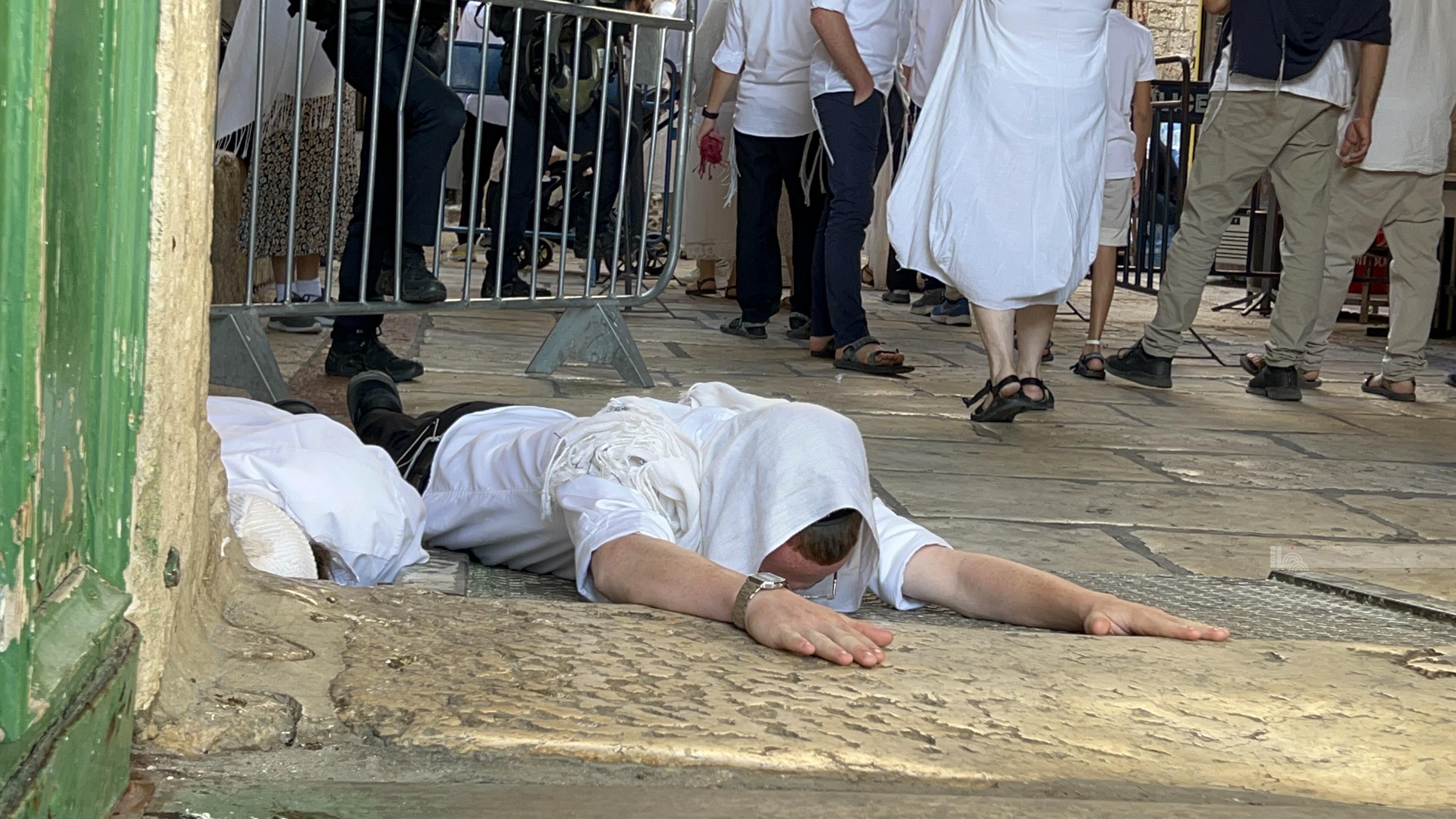 A fanatic performing a Jewish ritual outside a gate to Al-Aqsa Mosque.

JERUSALEM, Monday, October 17, 2022 (WAFA) – Dozens of Jewish fanatics, protected by scores of Israeli police, today, the last day of the Jewish Sukkot holiday, stormed the Muslim holy site, Al-Aqsa Mosque in Jerusalem’s Old City, where they provoked the Muslim worshippers, according to the Islamic Waqf department, which is in charge of the Muslim holy places in Jerusalem.

Police also prevented the entry of Muslims under 50 years of age into their holy site while forcing the younger ones, who were already inside the walled compound, to leave it as the Jewish fanatics prepare to storm it.

Waqf officials said that dozens of fanatic Jews walked around the courtyards of Al-Aqsa Mosque compound, mainly its eastern sections, where they performed Jewish rituals in violation of standing rules that say non-Muslims will not be allowed to perform any religious ritual at the holy site.

Police, meanwhile, provided protection to the intruders and kept Muslims, mainly women who were worshipping at the site, at a distance from the fanatics.

Police also forced Palestinian shopkeepers in the Old City to shut their shops as hundreds of Jewish fanatics marched provocatively in the Old City’s alleys.