UN report: Ensuring the readiness of the Palestinian Authority for statehood is an urgent priority 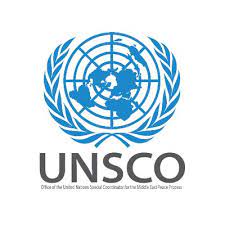 JERUSALEM, Saturday, September 17, 2022 (WAFA) – A newly published United Nations report identifies a package of strategic elements that, if implemented by the parties and their partners, can contribute to reversing the current negative trajectory on the ground, strengthening the Palestinian economy and Palestinian institutions, and maintaining the viability of the two-State solution until such time that formal negotiations can recommence.

Such a package is detailed in this report and includes the following four elements: (i) addressing the continuing drivers of conflict and instability; (ii) strengthening Palestinian institutions and addressing the challenge of Palestinian governance; (iii) improving access, movement, and trade and thereby creating space for the Palestinian economy to grow; and finally (iv) better aligning the framework of economic and administrative relationships with the economic transformations of the past decades.

The report, issued by the office of the United Nations Special Coordinator for the Middle East Peace Process (UNSCO) for the upcoming meeting of the Ad Hoc Liaison Committee (AHLC) in New York on 22 September 2022, warns of the growing gap between the stalled political path and negative trajectory on the ground, and the progress achieved since the Palestinian Authority’s (PA) founding, which is reaching the point of unsustainability, and is putting at risk the historic accomplishments in the Occupied Palestinian Territory (OPT). It calls for giving urgent priority to ensuring the readiness of the PA for statehood.

United Nations Special Coordinator for the Middle East Peace Process, Tor Wennesland, stated that “there are strategic initiatives which the parties can take, together as well as independently, and with support from international partners, to strengthen the PA, create the necessary space for a viable Palestinian economy, and improve the humanitarian, development, fiscal, and governance situation of Palestinians.” He added that “these initiatives together would help rebalance Palestinian engagement with Israeli state institutions and reinvigorate the two-State solution.”

The report underscores that only by reversing the negative trends on the ground, particularly the growing insecurity in the occupied West Bank, can real progress across all elements be made. “Ultimately, there is no substitute for a legitimate political process that will return the parties to meaningful negotiations and resolve the core issues driving the conflict,” the report adds.

Special Coordinator Wennesland expressed grave concern about the deteriorating security situation and the unacceptable daily loss of life in the occupied West Bank. He called on all concerned parties to immediately reduce tensions, and for political and community leaders on all sides to act now and engage in good faith through dialogue to prevent the situation from spiraling out of control.

The Ad Hoc Liaison Committee (AHLC) serves as the principal policy-level coordination mechanism for development assistance to the OPT. The AHLC is chaired by Norway and co-sponsored by the EU and the US. In addition, the United Nations participates together with the World Bank and the International Monetary Fund (IMF). The AHLC seeks to promote dialogue between donors, the Palestinian Authority and the Government of Israel.