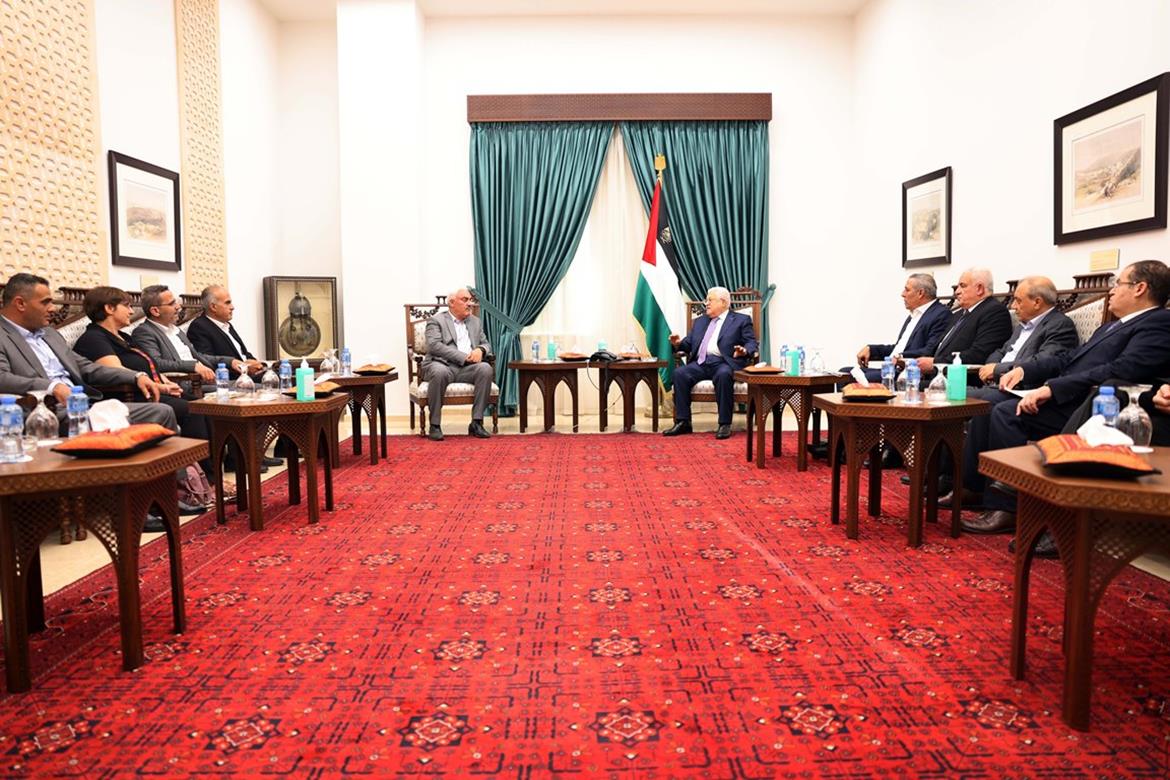 RAMALLAH, Saturday, August 20, 2022 (WAFA) – President Mahmoud Abbas said today that Israel’s recent shutdown of seven Palestinian non-governmental organizations is unacceptable and rejected, saying the seven NGOs will continue their work in exposing the occupation and its crimes against our people irrespective of the Israeli shutdown order.

The President’s statement was made during a meeting in Ramallah with a delegation representing the seven NGOs: Al-Haq Foundation, Al-Dameer Foundation, Defense for Children International, the Union of Agricultural Work Committees, the Union of Palestinian Women’s Committees, Bisan Center for Research and Development and Health work committees.

The President said: “We must all stand together and confront this Israeli policy which insists on moving forward with unilateral actions, in disregard of all agreements signed between the two sides and in violation of international law.”

“We will not accept the continuation of this Israeli policy, and we will have a position that protects the rights of our people in light of the international inaction towards the ongoing Israeli crimes against the Palestinian people, their sanctities and their land,” added President Abbas.

The President pointed out that the Palestinian leadership was reaching out to the relevant parties “to stop these Israeli provocations against our institutions that operate in accordance with international law and human rights. We thank the international consensus condemning these [Israeli] attacks, but practical international measures are needed to stop these aggressive Israeli practices.”

In turn, the members of the delegation thanked President Abbas for his support and for standing by them, noting that the Israeli decision will not discourage them from documenting the crimes of the occupation against our people to the whole world.