The Arab League: German bullying on Palestine is rejected 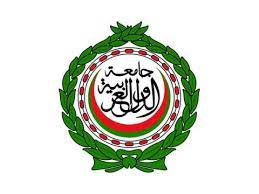 CAIRO, Friday, August 19, 2022 (WAFA) -  The General Secretariat of the League of Arab States Friday expressed its rejection and surprise at what appeared to be a German campaign of bullying against Palestine and President Mahmoud Abbas, commenting on his use of the term Holocaust to express the Israeli crimes committed against the Palestinian people, which takes matters out of their proper context.

An official source in the General Secretariat expressed its denunciation of some German reactions, which went too far, in an unprecedented manner and without a convincing and rational justification, in demonizing the Palestinians and underestimating their enormous suffering for decades, as if the facts had become on its head and the victim turned into a perpetrator and turned the real culprit, which is the occupation. The Israeli is a victim.

The source added that it is surprising that the parties always stalking Palestine, whether in Germany, UK or others, did not heed the clarification statement issued by the Palestinian presidency in this regard, which casts thick shadows about the bad intentions of those parties towards the Palestinian cause and its president and the suffering of its heroic people.

The source added that the Arab League understands the weight of the historical legacy on contemporary German governments to the same extent that it understands the sensitivity and singularity that characterize the term Holocaust and the heinous and condemned crimes associated with it. However, this should not turn into an entry point for scoring political points against the Palestinian cause and its leader, which contributes not only to obliterating the daily Palestinian suffering from the crimes of the occupation, but also to benefiting from the occupying power at the expense of the afflicted Palestinian people.

The source concluded his statement by noting that it is important and in everyone's interest to put an end to the media and political exchange on this issue.