Israeli forces gun down Palestinian, wound 31 others in Nablus 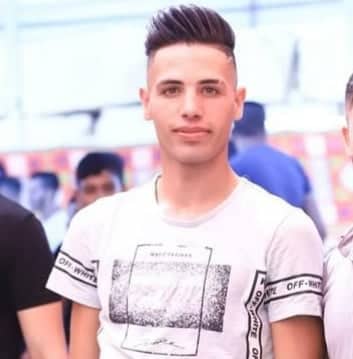 NABLUS, Thursday, August 18, 2022 (WAFA) – Israeli forces today gunned down a Palestinian and wounded at least 31 others in confrontations in the northern West Bank city of Nablus.

Medics of the Specialized Arab Hospital confirmed that Wasim Nasser Abu Khalifa, a 20-year-old resident of Balata refugee camp, succumbed to his serious wounds due to Israeli military gunfire in the course of the confrontations.

Director of the Palestinian Red Crescent's (PRC) Emergency Department in Nablus, Ahmad Jibril, said the soldiers killed Abu Khalifa after shooting him with two live rounds in the upper chest, including one that penetrated the heart.

The confrontations erupted when a sizable army force barged its way into many areas in Nablus, including the Amman Street, the Jerusalem Street, the vicinity of Joseph’s Tomb, Balata and Askar refugee camps and many surrounding communities.

Jibril added that the soldiers opened fire towards young men attempting to block their passage, wounding 31 protestors and causing 25 others to suffer from the effects of tear gas inhalation.

As part of the 31 casualties, four protestors sustained live ammunition wounds, including three with life-threatening wounds, in addition to one who was shot with a high-velocity gas bomb in the head and another he sustained wounds due to falling from a high place.

The casualties were rushed to local hospitals and the suffocation cases received treatment at the scene.