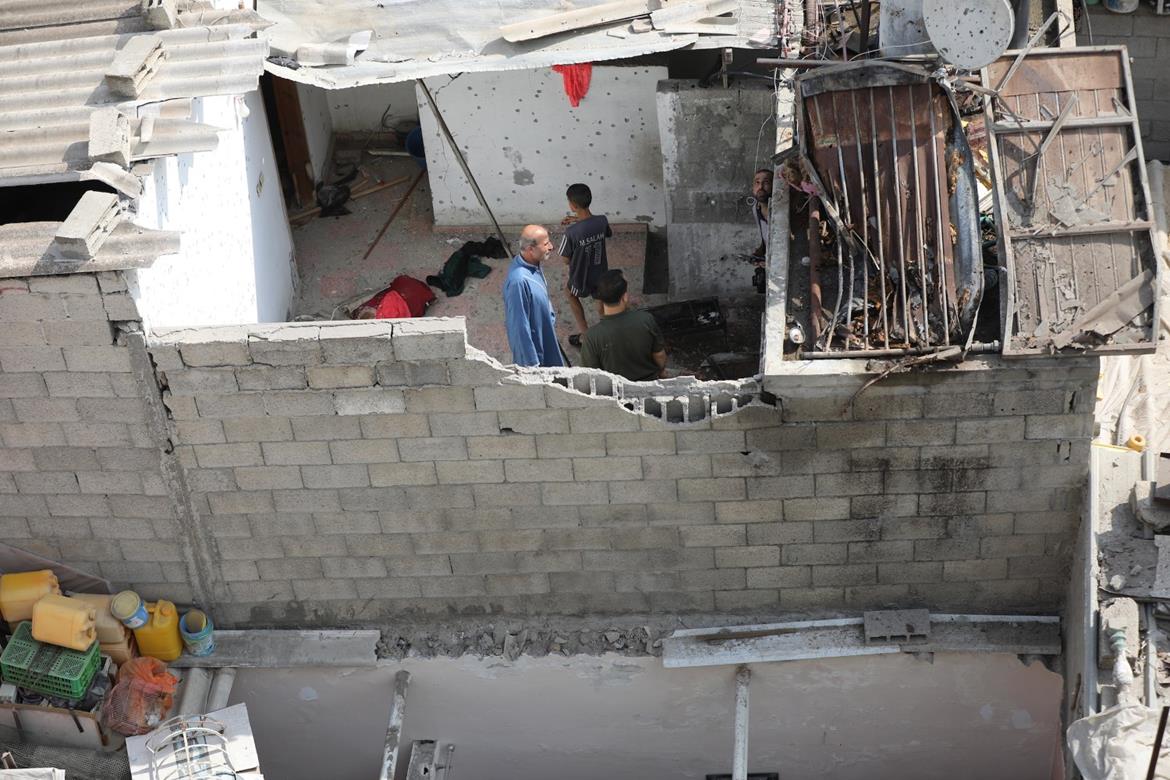 Residents inspecting damage caused to their home in Gaza from the Israeli strikes. (WAFA Images0

GAZA, Saturday, August 6, 2022 (WAFA) – Israeli warplanes attacked today and destroyed two residential buildings in Gaza city displacing their residents and damaging nearby houses as dozens of people were injured in the ongoing Israeli airstrikes throughout the Gaza Strip, according to WAFA correspondent.

Warplanes fired missiles at a three-story building owned by the Shamlakh family in Sheikh Ijjilin neighborhood of Gaza City apparently minutes after its residents received a phone call telling them to evacuate the building since it was going to be bombed.

Reports from Gaza said the building was totally destroyed and all houses around it were also heavily damaged leaving more than 100 people homeless.

Later reports said an Israeli drone first fired a warning missile near a multi-story building west of Gaza city to force its residents to leave it and minutes later fired missiles directly at the building destroying it in total and making it the second building Israel bombed and destroyed in Gaza city in the current wave of attacks.

Meanwhile, at least 13 people, mainly children, were injured in strikes in Gaza City, all taken to Shifa hospital for treatment.

So far 12 people have been killed in two days of Israeli strikes in the Gaza Strip, including a 5-year-old girl and a 23-year-old woman, and the injury of around 100 people, including 23 children and 13 women.