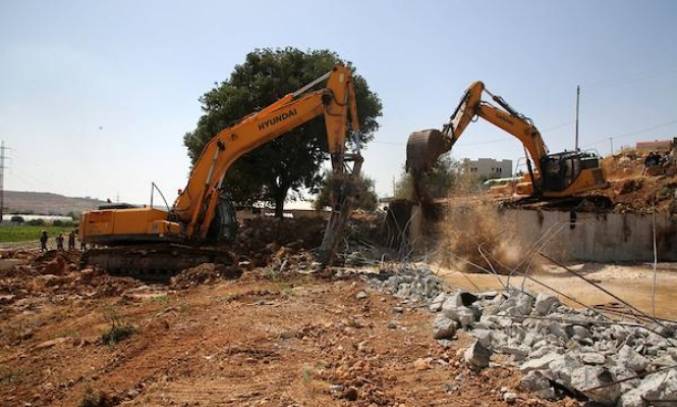 They said that an army force escorted a bulldozer to the village, where the heavy machinery tore down the Palestinian-owned pen purportedly for being built without a license.

In contrast, Israel much more easily gives over 700,000 Jewish Israeli settlers in colonial settlements in the occupied territories  building permits and provides them with roads, electricity, water and sewage systems that remain inaccessible to many neighboring Palestinians.