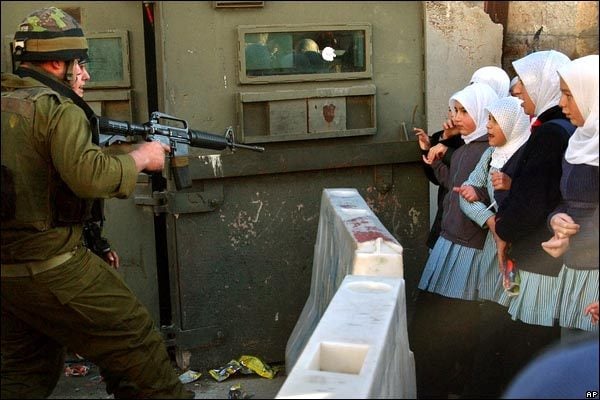 Students at an Israeli army-manned checkpoint in Hebron.

Arij Jaabari, who is in charge of a summer camp for children, said that while children were taking part in a field trip to the Ibrahimi Mosque in the occupied part of Hebron, settlers harassed them, cursing them with foul and racist words and scaring them with their dogs.

She said the children were gravely terrified.

Soldiers in the area did not intervene to stop the settlers, she said.

Dozens of extremist racist settlers live in illegal settlement enclaves in the heart of the old city of Hebron in an area that remained under Israeli military control following the signing of the Oslo Accords between Israel and the Palestinians in 1993.