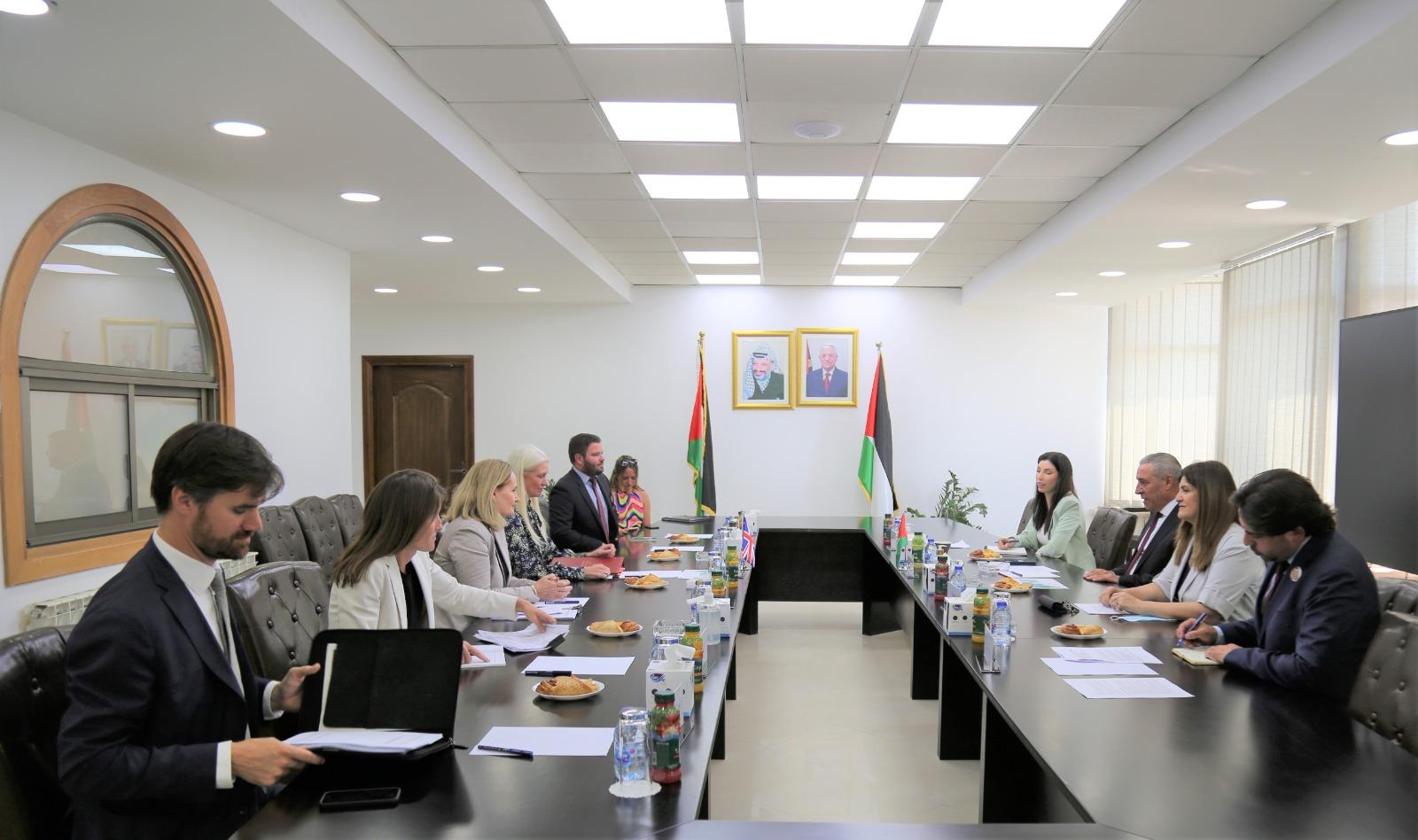 Al-Sheikh discussed with Milling along with the accompanying delegation the latest developments regarding the Palestinian question at the regional and international levels, with focus on Israeli encroachments upon holy sites in Jerusalem, land grab, colonial settlement construction in the West Bank and forced expulsions, including the imminent forced expulsion of some 1,300 Palestinians living in twelve villages or hamlets making up the Masafer Yatta area in the southern Hebron hills.

He addressed the financial crisis gripping the Palestinian Authority following the halting of international aid and withholding by Israel of a large portion of the tax revenues it collects on behalf of the former.

The PLO official tweeted that he “stressed the need to stop all these systematic unilateral measures, which would impede the two-state solution, and the need for a political horizon to end the occupation & lead to the establishment of an independent Palestinian state on the 1967 borders, East Jerusalem and Gaza.”

He expressed his gratitude to Britain for “its support for the Palestinians, stressing the need for continued cooperation and coordination between the two countries in areas of common interest.”

Minister Milling emphasized her country’s  position in support of the two-state solution based on 1967 borders.