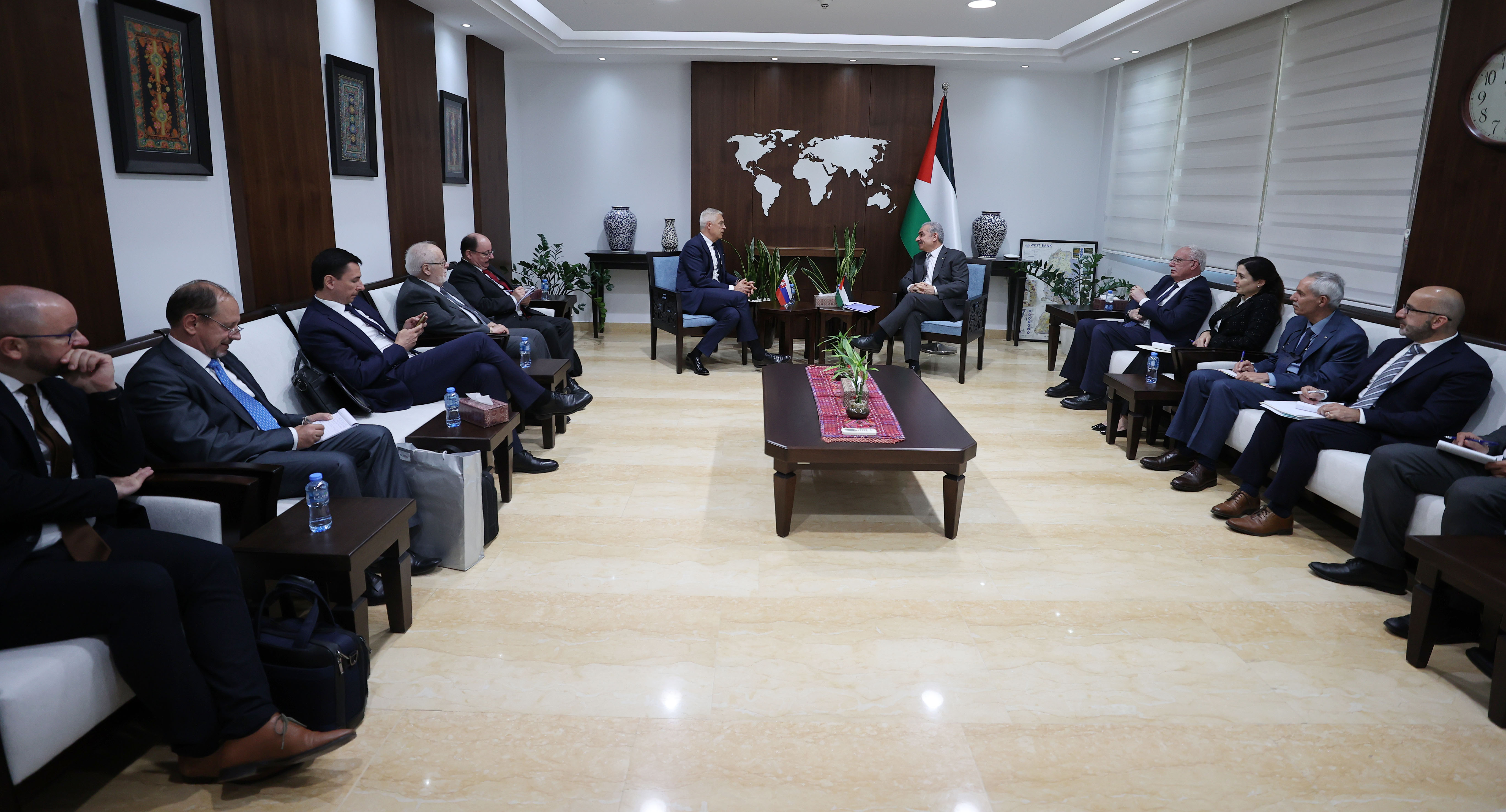 The discussion between the Prime Minister and his guest focused on the importance of halting the unilateral Israeli measures including the policy of killing Palestinians, demolishing homes, storming Al-Aqsa Mosque, escalation in settlement construction, and settlers’ terrorism, stressing the need to fill the political vacuum through a serious political initiative that ends the occupation and leads to the establishment of the Palestinian state.

The Prime Minister called for exerting international pressure on Israel to abide by the signed agreements in order to start a political process that would enable the Palestinians to hold elections in all the governorates, including Jerusalem.

He also stressed the need to take serious measures against Israel, to deter it from continuing in measures destructive to the two-state solution, considering that the labeling of the illegal settlement products is a positive step but needs to be evolved into a full boycott of settlements, its products, and those in charge of them.

Shtayyeh expressed appreciation for the Slovakian support for Palestine and its support regarding the resumption of European aid without conditions.

For his part, Foreign Minister Korcok stressed the depth of the relationship between the two countries and the quest to consolidate relations in the economic and academic fields, as well as his country's continued support for the two-state solution.

Foreign Minister Riyad Malki also met separately at his Ramallah office with his Slovakian counterpart during which they discussed the latest developments in the Palestinian territory as well as the escalation in violations by Israeli occupation forces and settlers against Palestinian citizens, their properties, farms, and holy places.

Korcok told his Palestinian counterpart that the representative of Slovakia to Palestine would be reassigned from a non-resident to a resident representative.