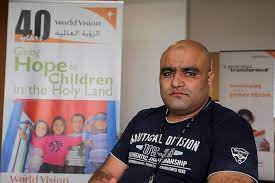 The EU Delegation to the Palestinians said in a tweet that EU diplomats and representatives from likeminded countries attended Wednesday’s verdict in the case of Mohammed Halabi that followed 171 court hearings and 24 detention extensions since 2016.

Halabi has been on trial for six years over “terror” financing charges based on secret evidence and an alleged coerced confession.

“According to OHCHR, the verdict is deeply problematic as it is based on secret evidence, with the defendant having been detained for 6 years without a verdict. This is inconsistent with international fair trial standards. Without a fair and due process, justice for Halabi cannot be served,” the EU tweeted.

The Israeli district court, according to Electronic Intifada, did not find Halabi guilty of “assisting the enemy,” the most serious charge against him, according to his lawyer, who said that he would appeal the conviction at Israel’s high court. But in its 254-page classified ruling, the court finds Halabi guilty of diverting funds from the international Christian charity World Vision, where he served as director of its Gaza office.

Multiple international audits have found no evidence that the father of five, hailed as a “humanitarian hero” by the United Nations before his arrest, diverted funds to armed groups in Gaza.

Israel convicted El Halabi despite international outcry over his arrest and prosecution.

Upon his arrest at Erez checkpoint on the northern Gaza frontier, Halabi was denied access to a lawyer for 50 days and held incommunicado.

The UN Office for the High Commissioner for Human Rights has “continuously raised serious concerns” in El Halabi’s case over “cruel, degrading and inhuman treatment that may amount to torture.”

The UN office has also stressed the “lack of fair trial guarantees, including disregard of the presumption of innocence and lack of impartiality of the court, extensive use of secret evidence and classification of court proceedings undermining the right to a defense.”

Israel’s only piece of evidence is an alleged confession made “seemingly under duress” that the prosecution has referred to in public hearings, while the content of this alleged confession is being kept in secret from the public, the UN office adds.

The Australian government, which provided around a quarter of World Vision’s budget in Gaza between 2014 and 2016, commissioned an external audit that “found no evidence of diversion of funds and no material evidence that Halabi was part of or working for Hamas.”

During his trial, Halabi turned down numerous plea deals, refusing to admit guilt for a crime he insists he did not commit and, in the process, tarnish the reputation of World Vision.

An Israeli judge, pressing Halabi to accept a plea deal in 2017, told him that he has “little chance” of being found not guilty.

The Australian outlet ABC reported at the time that “sources close to Halabi’s legal team” said that “they believe the prosecution does not have the evidence to back up the explosive claims” against the aid worker.

A plea deal would have prevented Israel from having to prove its claims against Halabi in court.

Failing to secure a plea deal, Israel instead resorted to convicting Halabi on the basis of secret evidence. After his conviction hearing on Wednesday, Halabi’s lawyer said that the court’s ruling is secret and he can only review it in the presence of intelligence officers.

Israel’s manufactured case against Halabi would anticipate the “terror group” designations it made against several prominent Palestinian human rights and social services groups based in the West Bank last year.