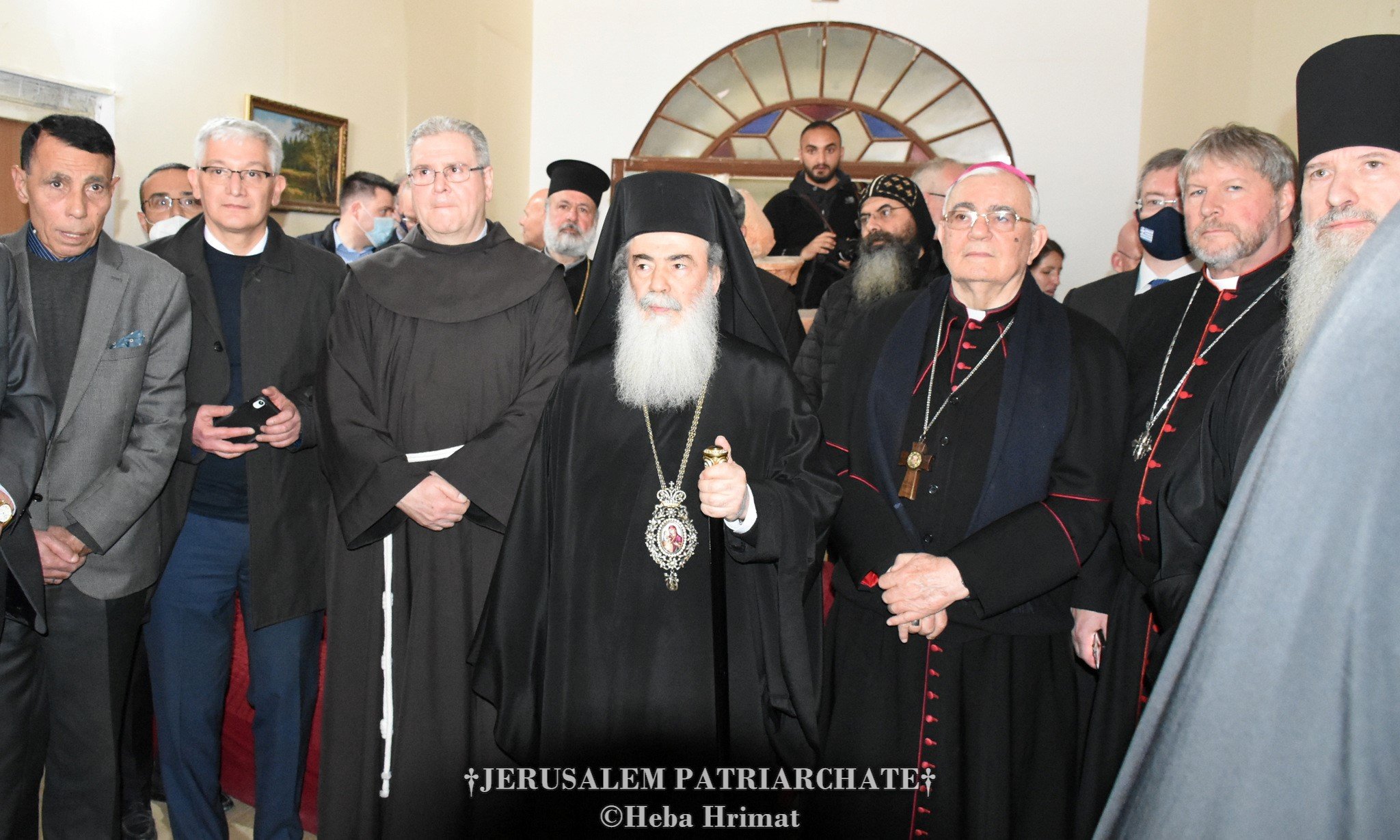 The Greek Orthodox Patriarchate said in a press statement that the court issued a decision rejecting the Patriarchate’s “latest attempts to annul the ruling issued against it in July 2017, through which the radical Israeli organisation, Ateret Cohanim, succeeded in expropriating the properties of the Patriarchate at Jaffa Gate (Bab Al-Khalil) in Jerusalem, and this decision comes despite the legal battle waged by the Patriarchate for the past seventeen years.”

The Patriarchate slammed the court’s ruling as “unfair” and lacking any logical basis, particularly that the settler group followed “crooked” methods to acquire the hotel.

“The Patriarchate considered the court’s decision as unfair and not following to any legal or logical basis, as the radical organisation and its backers and supporters have followed crooked and illegal methods to acquire Christian real estate in one of the most important sites of Arab Islamic and Christian presence in Jerusalem,” the statement added.

The Patriarchate said that elements in the Israeli decision-making circles supported the settler takeover of the strategically-located hotel.

“Over the past years, the Patriarchate launched a legal, media and diplomatic campaign in which it incurred very high costs, in the judicial and diplomatic field, in order to pressure the Israeli authorities to prevent radical organisations from seizing these properties, but these attempts did not succeed under the pressure of these radical organisations and their agents who support them in the decision-making circles.”

It pledged to use all its influence and the means at its disposal to prevent the forced eviction of the protected tenants who are still reside on the hotel.

“The Patriarchate affirmed that it will continue to support the Palestinian tenants in their steadfastness in these Christian properties, and that it is unwavering in its battle to curb the racist policy and the agenda of the extremist right-wing in Israel, aimed at eroding the multiple identity of the city of Jerusalem and imposing a new reality within it.”

In March, the Greek Orthodox Patriarch of Jerusalem Theophilos III decried the settler takeover of the hotel as a threat to Christian existence  and warned that the settler group was “hijacking” Jerusalem using coercive and violent means, which will undermine stability.

“This issue is not about the individual properties, but about the whole character of Jerusalem, including the Christian Quarter. The Little Petra Hotel stands on the pilgrim route for the millions of Christians who visit Jerusalem each year. It is our heritage, and speaks of our very existence in this place.”

Palestinians have long maintained that the settler takeover of the strategically-located hotel along with the forced “evictions” of Palestinian families from the Jerusalem neighborhoods of Sheikh Jarrah and Silwan is politically-motivated and comes as part of Israel’s efforts to ethnically cleanse Jerusalemite Palestinians.

Israeli courts could be complicit in facilitating settler takeover of Palestinian property, including church property in Jerusalem and the occupied territories.

In the case of Palestinian home demolitions in Jerusalem and Area C of the West Bank, the Israeli human rights group B’Tselem issued a report, titled Fake Justice, showing that the court’s support of Israeli planning policy is tantamount to support for dispossession and forcible transfer of Palestinians, a war crime under international law.