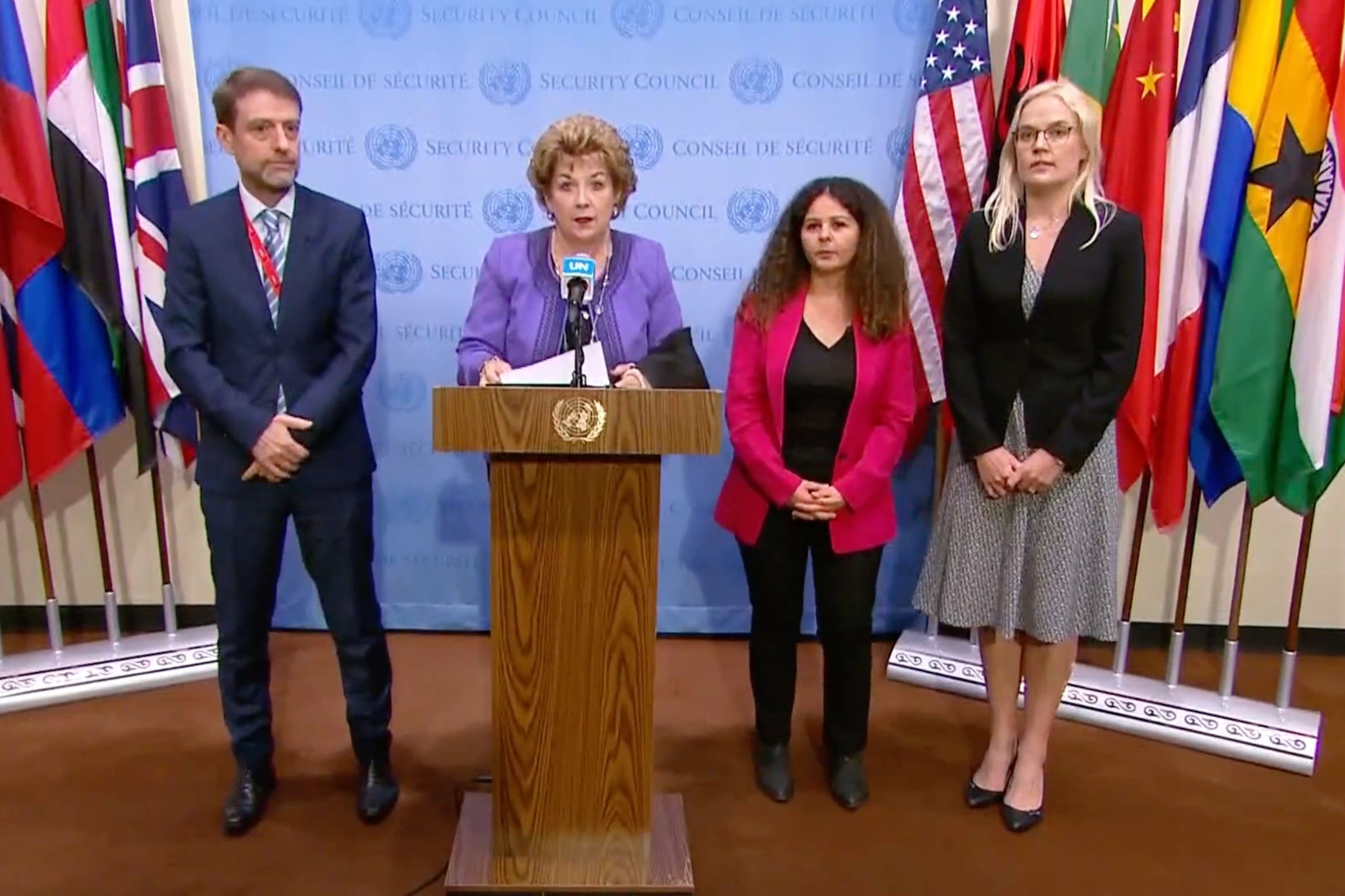 NEW YORK, Friday, May 27, 2022 (WAFA) – France, Ireland, Estonia and Albania deplored in a joint statement yesterday the decision of the Israeli Higher Planning Council to advance plans for the construction of more than 4,000 settlement housing units in the occupied West Bank, affirming that Israeli settlement construction is a clear violation of international law.

Delivered by Ambassador Geraldine Byrne Nason, the Permanent Representative of Ireland to the UN, the statement urged Israel to rescind this decision, as well as abandon planned demolitions and evictions, especially in Masafer Yatta area, which alone could result in the forced transfer of 1,200 Palestinians.

“The new housing units would constitute an additional obstacle to the two-State Solution. Israeli settlements are in clear violation of international law and stand in the way of a just, lasting and comprehensive peace between Israelis and Palestinians,” read Nason.

She continued, “This decision, as well as the retroactive approval of three illegal settlement outposts, demolitions and evictions affecting the Palestinian populations in East-Jerusalem and Area C, directly threaten the viability of a future Palestinian state.”

The EU members called “for a thorough and independent investigation that clarifies all the circumstances of journalist Shireen Abu Akleh’s killing, which occurred while she was covering an operation of the Israeli security forces in Jenin, and brings those responsible for her killing to justice.”

“We were deeply shocked by the violence exercised by the Israeli police towards the mourners at her funeral,” added the statement.

The EU members reiterated the call to uphold and respect the status quo on the Holy Sites in Jerusalem and stressed the importance of Jordan’s specific role in this regard.

“The deteriorating situation again highlights the need to restore a political horizon for a credible and viable peace process.”