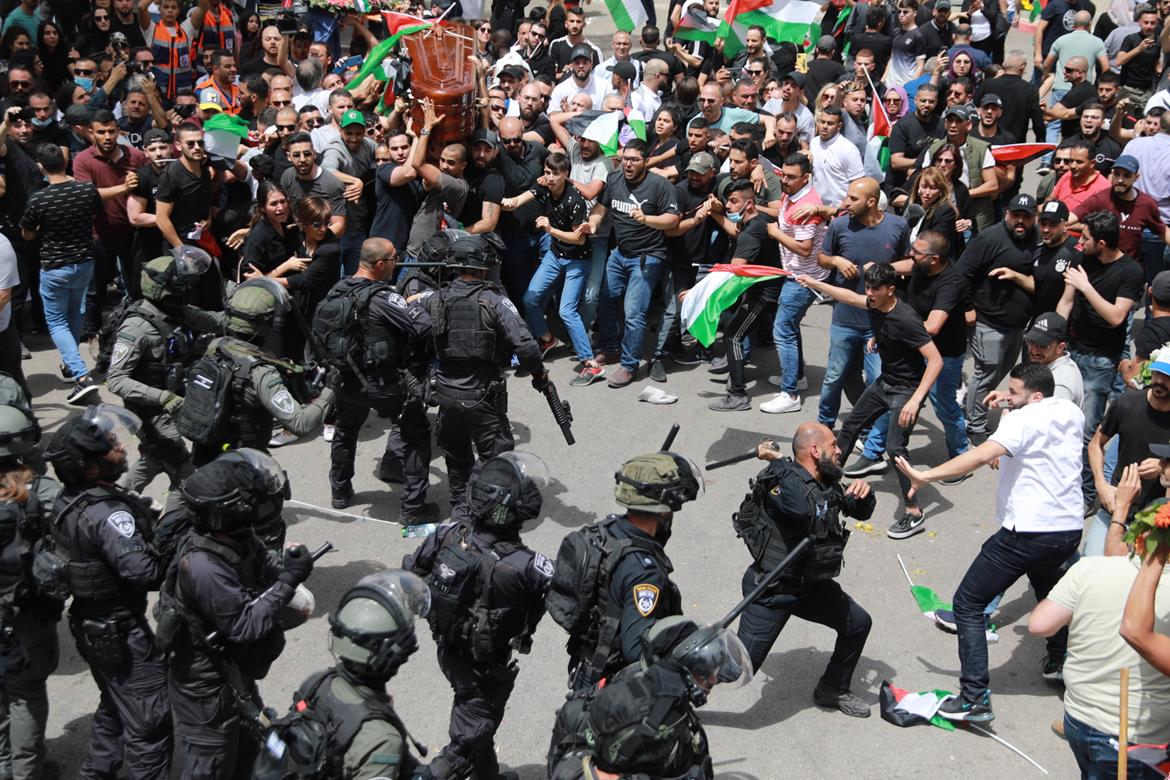 WASHINGTON, Saturday, May 14, 2022 (WAFA) – Unites States Secretary of State Antony Blinken yesterday said in a tweet that he was deeply troubled by scenes of Israeli occupation police assaulting mourners at the funeral of slain Palestinian journalist Shireen Abu Akleh as it was leaving St. Joseph's hospital in occupied East Jerusalem that almost forced them to drop her coffin.

“We were deeply troubled by the images of Israeli police intruding into the funeral procession of Palestinian American Shireen Abu Akleh. Every family deserves to lay their loved ones to rest in a dignified and unimpeded manner,” said Blinken.

Abu Akleh, the most popular Palestinian journalist working with Al-Jazeera, was killed by an Israeli army sniper on Wednesday, despite exhibiting very visible “press” signs, while covering an Israeli army raid on Jenin refugee camp in the northern West Bank.

Her killing and the attack on her funeral yesterday in Jerusalem have drawn worldwide condemnation.

Abu Akleh was laid to rest yesterday at the Greek Catholic cemetery at Jaffa Gate in Jerusalem in a funeral attended by tens of thousands of people.