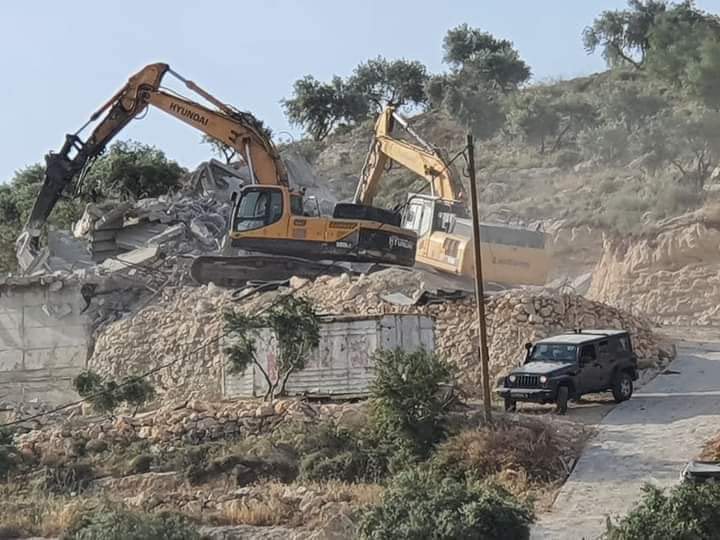 NABLUS, Monday, May 9, 2022 (WAFA) - In the village of Beit Dajan, east of the northern West Bank city of Nablus, the Israeli occupation forces today demolished two Palestinian-owned houses that were in the construction stage under the pretext of construction without a permit, according to the head of Beit Dajan village council Tawfiq al-Haj Mohammad.

He said soldiers raided the village accompanied by bulldozers which proceeded to demolish the two houses, each was two floors and owned by two different local citizens.

The army claims the area the houses were built in was classified as Area C, which is under full Israeli military control.

Local residents attempted to block the demolition and clashed with the Israeli soldiers who fired tear gas canisters at them causing several suffocation cases.

In nearby Foroush Beit Dajan, Israeli forces also demolished a greenhouse owned by a local resident under the pretext of construction in a “firing zone” area.