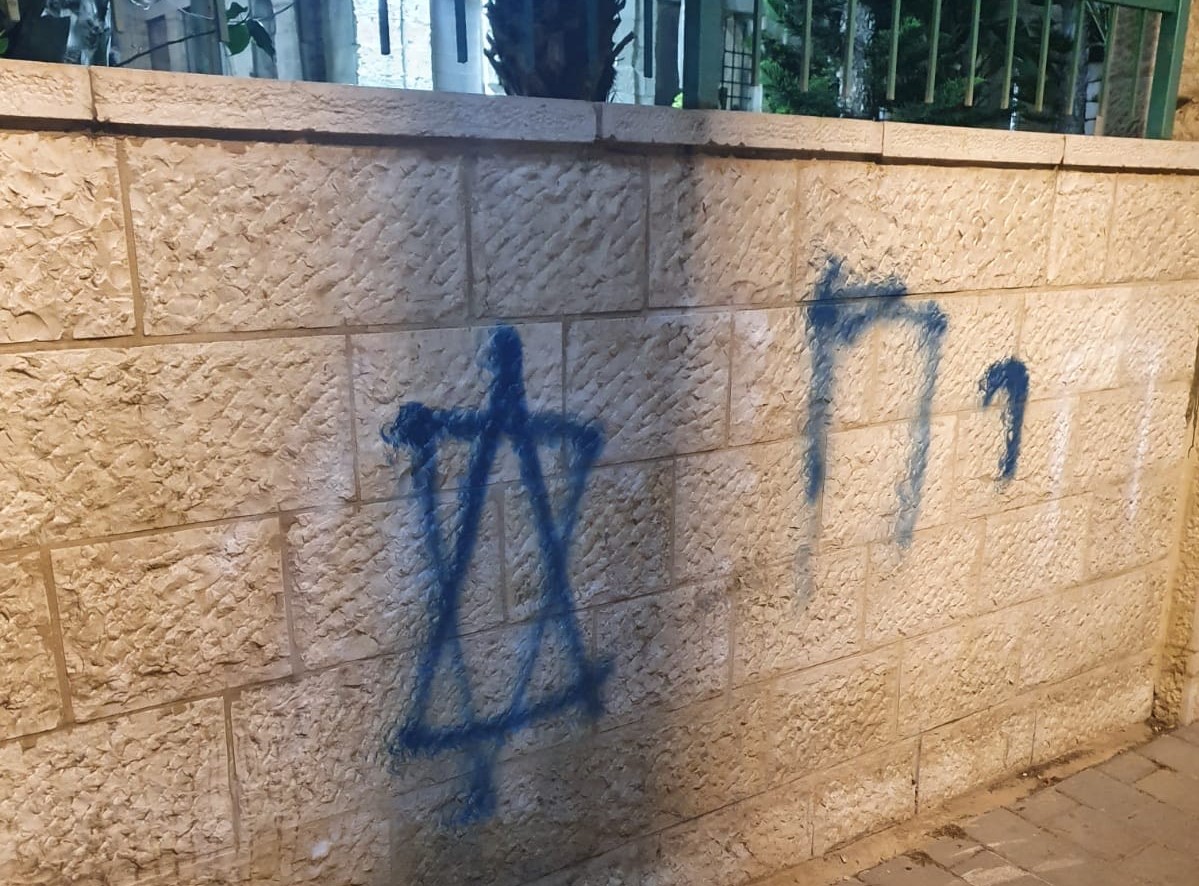 He said that the settlers spray-painted anti-Palestinian hate slogans on the external northern wall of the mosque and scrawled the so-called “Star of David” in blue.

The mosque imam, Ahmed Abu Ajweh, shared two photos on his Facebook account showing the “Star of David” scrawled on the external wall of the mosque discovered on Friday morning ahead of the pre-dawn prayer.

He slammed the act of vandalism as a “fascist assault” that was only the latest episode in a long series of attacks against the mosque and worshippers since the Nakba in 1948.

He held Israeli police fully responsible for the attack, especially that a police patrol is deployed nearby, but stood idly by.

Hassan Bek Mosque, located in the Manshiyya neighbourhood of the historically Palestinian Jaffa, has been the subject of attacks in the past. It was desecrated in 2005 when a pig’s head bearing the name of the Prophet was thrown into its yard.

Jaffa was once an epicentre of the Palestinian economy, with some 120,000 people living in and around the flourishing city on the Mediterranean Sea in 1948.

Almost 95 percent of the Palestinian population of Jaffa and its surrounding villages were expelled by Zionist militias during the Nakba - or "catastrophe" - that year, leading to the establishment of the state of Israel.

Over the decades, Jaffa's historic neighbourhoods have been progressively demolished, leading the city to shrink into a small town that was then absorbed by the municipality of Tel Aviv.