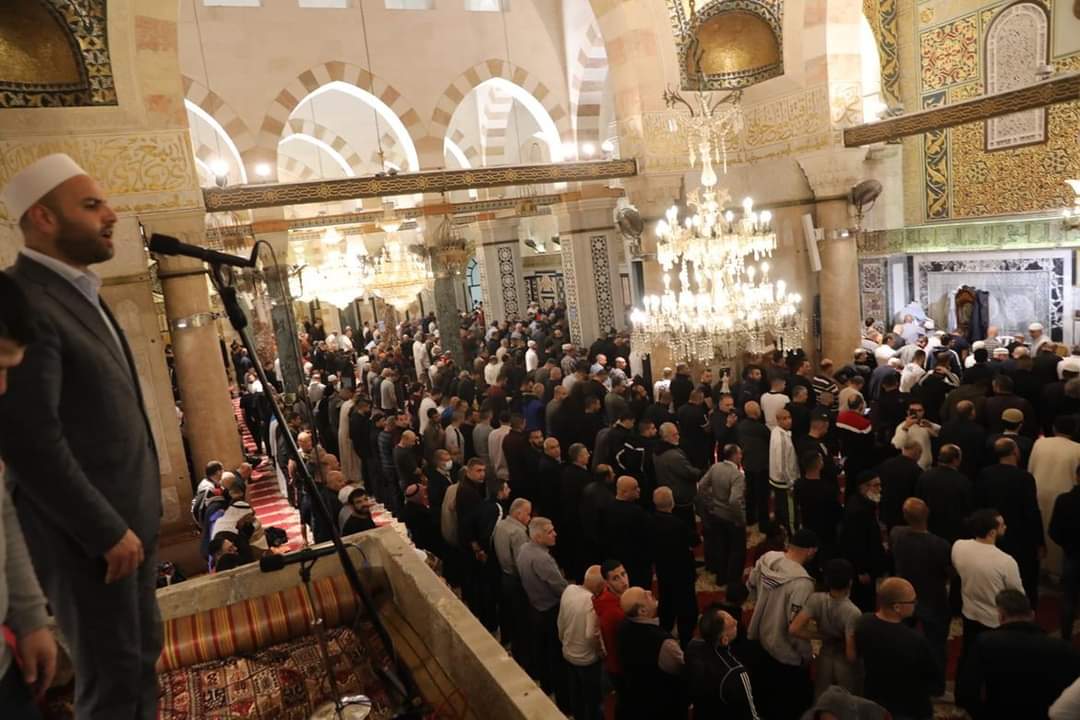 JERUSALEM, Friday, April 08, 2022 (WAFA) - Tens of thousands of Muslim worshipers performed today the first Friday prayer of the holy month of Ramadan at the Al-Aqsa Mosque compound in occupied Jerusalem, despite Israel's restrictions on the entry of worshipers.

About 80,000 faithful, most of them Palestinian citizens of Israel and Palestinians from the West Bank, prayed at al-Aqsa Mosque today, the third holiest site in Islam, said the Islamic Waqf authority overseeing the compound.

WAFA correspondent said Israeli police and security forces shut down multiple roads and alleys leading to the old city of Jerusalem, forcing worshipers to use significantly longer routes to reach the holy site.

Israeli occupation forces also deployed large numbers of troops at the gates leading to the holy site, inspecting worshipers' identify cards and conducting bodily search to some of them.

In normal times, Ramadan Friday prayers usually draw larger crowds that can reach up to 200,000 at al-Aqsa.

Other Palestinians prayed at Israeli checkpoints in the West Bank in protest after they were blocked from entering the holy city.

Israel captured East Jerusalem from Jordan in 1967 and latter annexed it in a move never recognized by the global community.