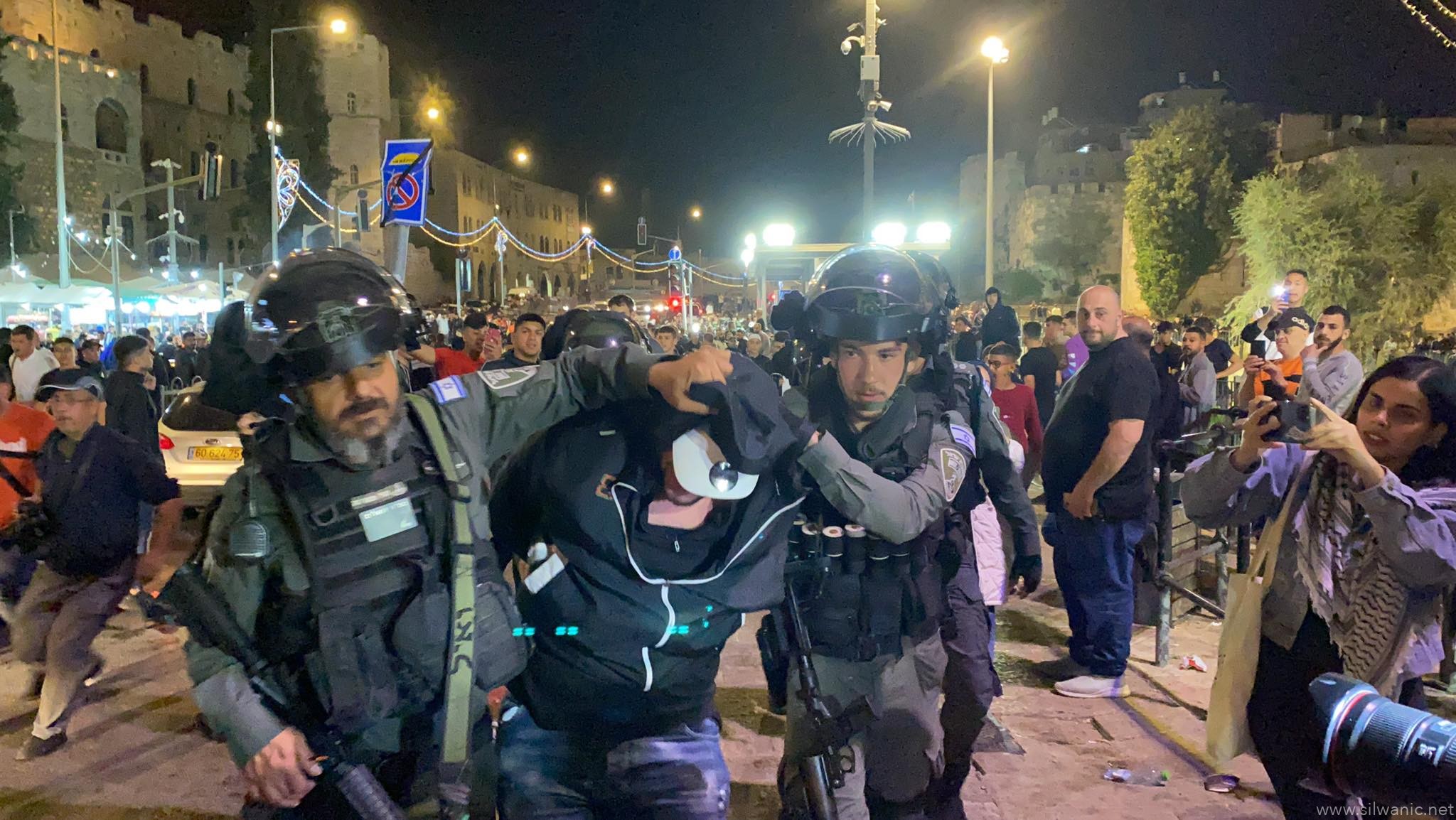 JERUSALEM, Friday, April 08, 2022 (WAFA) – For the sixth consecutive night, Israeli police Thursday night cracked down on Palestinians who gathered at Bab al-Amoud in the occupied city of East Jerusalem and detained three, according to WAFA correspondent.

She said that heavily-armed police rounded up three young men from Bab al-Amoud, a popular meeting spot for Palestinians to gather and socialise, and chased after dozens others, pushing them to the Sultan Suleiman Street.

Meanwhile, Israeli forces denied hundreds of Palestinians from the West Bank entry into the occupied city of Jerusalem through Qalandiya checkpoint to perform the Friday prayers at Al-Aqsa Mosque.

Since the first night of Ramadan, police have erected iron barriers to restrict the seating space and the movement of Jerusalemites, and set up a mobile police center near Damascus Gate on the second night.

Some 3,000 police officers are deployed in the vicinity of the mosque compound and across the city with the deployment of overt and covert forces at Damascus Gate.

Police have fired stun grenades and gas bombs towards the Palestinian crowd and indiscriminately and violently assaulted many others in nighttime confrontations that began on the second day of Ramadan.