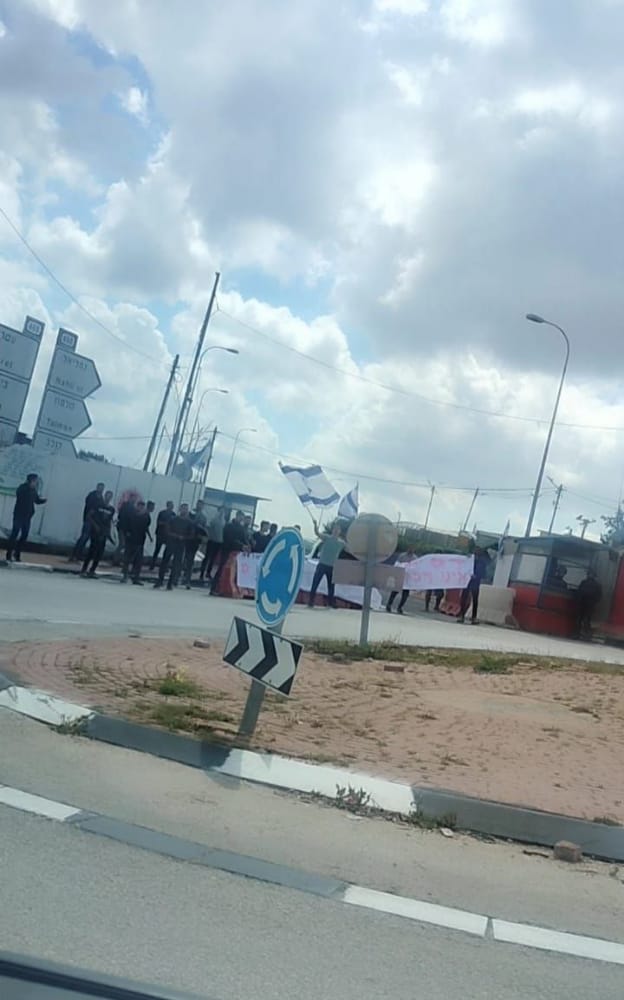 Israeli settlers gathering and threatening Palestinians at the entrance to Nabi Saleh village in the central West Bank.

They said that settlers gathered in a large number at the entrance of the nearby colonial settlement of Halamish, also known as Neve Tzuf, chanted hate slogans threatening the lives of Palestinian commuters and aimed their machine guns at Palestinian vehicles traveling from the central West Bank of Ramallah to the northwestern cluster of villages.