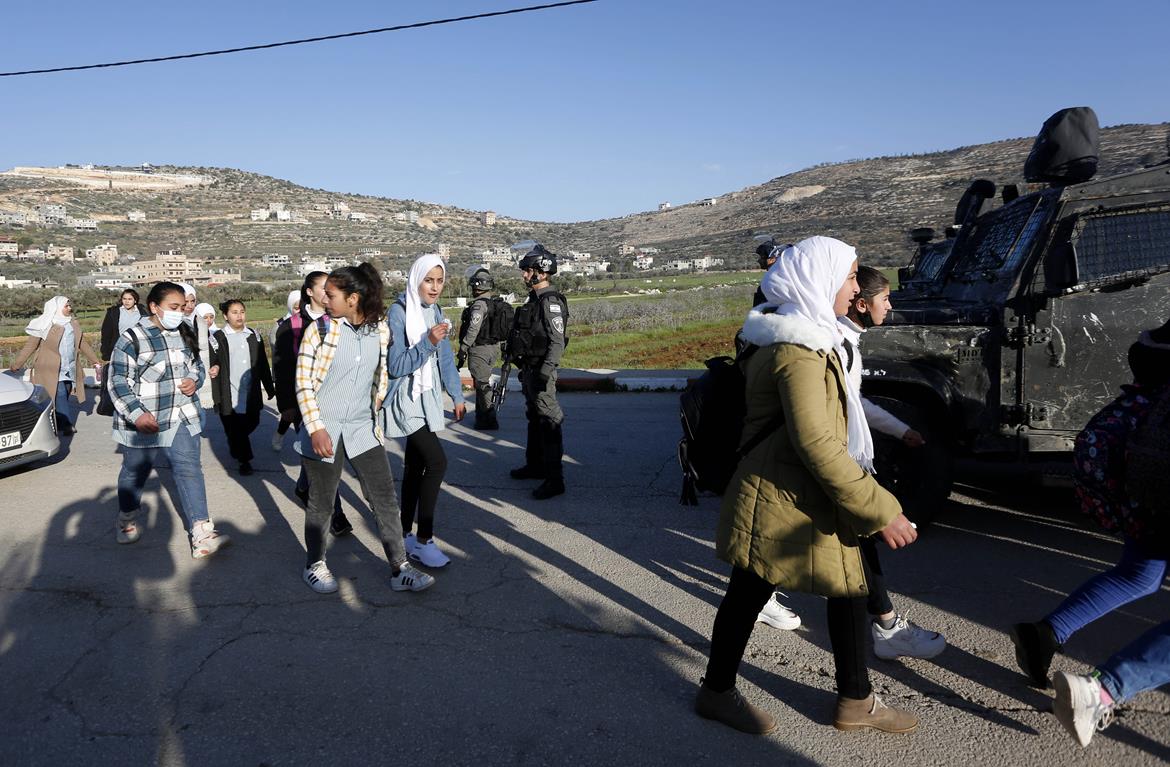 HEBRON,  Tuesday, March 01, 2022 (WAFA) – Dozens of students and teachers Tuesday morning suffocated from tear gas fired by Israeli forces near schools in the southern West Bank city of Hebron, according to WAFA correspondent.

He said that Israeli forces walked around three schools, including Tareq Bin Ziad Secondary School, in the southern part of Hebron city, attempting to provoke students.

The area, which houses 32,000 Palestinians, is considered the most vulnerable to Israeli forces and settlers’ attacks which are regular enough to create a constant climate of fear and terror for students and their teachers, generating among them great psychological distress and anxiety and severely reducing levels of educational attainment.

The city of Hebron, which houses the Ibrahimi Mosque, is home to roughly 160,000 Palestinian Muslims and about 800 Israeli settlers who live in compounds heavily guarded by Israeli troops.